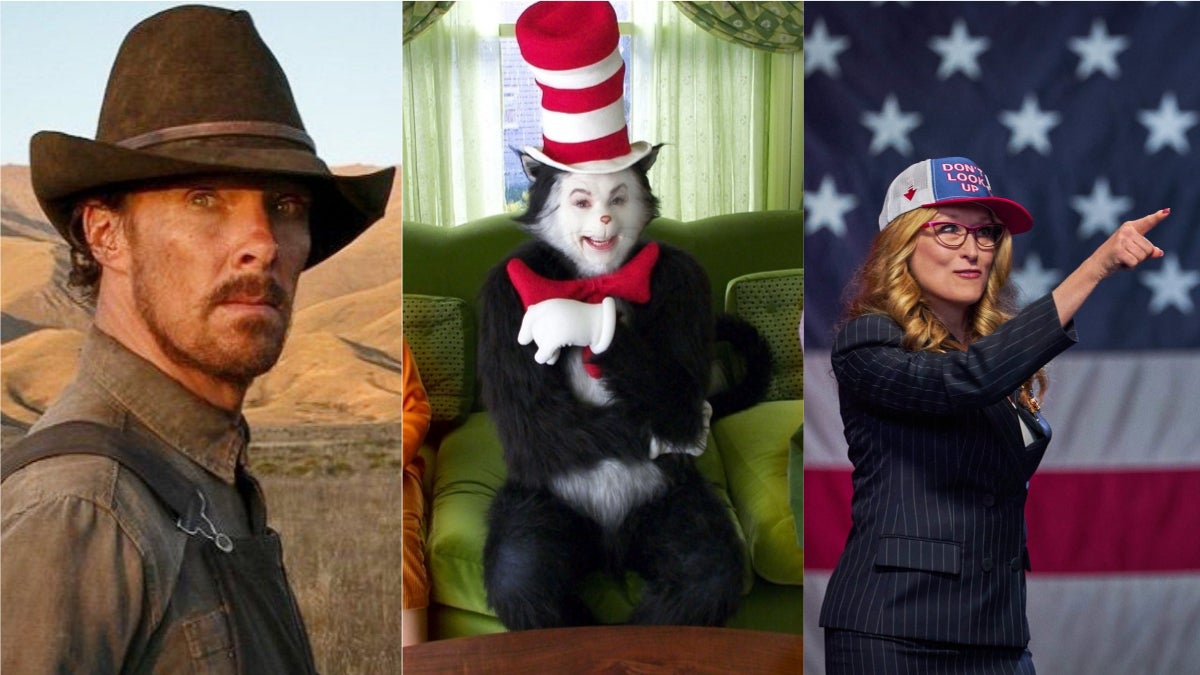 With the extra free time and Netflix’s rollout of some of its most prestigious competition and audience delight, now couldn’t be more perfect to catch up on new movies and beloved favorites.

From sci-fi stunners and horror comedies to one of the weirdest mainstream studio flicks ever made, plus two (!) Leonardo DiCaprio appearances, we’ve put together a list of the best new films on Netflix in December.

“Body of Lies” imagines the unthinkable: what if Ridley Scott made a movie starring Leonardo DiCaprio and Russell Crowe, with a screenplay by “The Departed” writer William Moynahan and… no one showed up. This is actually what happened in 2008, which is a shame because “Body of Lies” is a low-key gem and one of Sir Ridley’s most underrated films. DiCaprio plays a CIA agent in Iraq who tracks down a suspected terrorist with the help of Crowe’s CIA boss in the United States. And things get… sticky. With a supporting cast that includes Oscar Isaac, Mark Strong and Golshifteh Farahani and a terribly twisted script, this is the kind of movie you’ll watch and say, “Why isn’t anyone talking about it?”

Before Rian Johnson traveled to a galaxy far, far away and made an unlikely franchise out of a cartoonish fried sleuth in the south, he directed “Looper,” a small-scale time travel thriller. Joseph Gordon-Levitt plays Joe, a man in the not-so-distant future in Kansas City who works as a “looper” – a man who murders people who have been sent back to time. (In the even more distant future, murder is very difficult, but time travel is apparently a cinch.) Things get complicated when a man arrives who is actually Joe from the future (that’s what called “closing the loop”) escapes and lashes out. Older Joe is played by a fierce Bruce Willis, which makes it the only time we can think of where two actors play the same role at different times, one as a hero and the other as a villain. Either way, add psychic powers, Emily Blunt on a farm, and weird futuristic drugs, and you cook. “Looper” sounded like something from an instant classic; it still does.

The sheer power of Netflix’s awards campaign is largely put behind “The Power of the Dog,” a thought-provoking and nerves-shaking western of acclaimed director Jane Campion. Based on the 1967 novel of the same name, the new film stars Benedict Cumberbatch as Phil Burbank, a brilliant ranch owner with a cruel mile-wide streak. Jesse Plemons plays his nicer brother George, who falls in love with a local restaurateur named Rose (Plemons real love, Kirsten Dunst). Soon, Rose and her son Peter (Kodi Smit-McPhee) live at the ranch, under Phil’s considerable shadow. To say more would be criminal; it’s the kind of slow-burning drama (heightened by Jonny Greenwood’s edgy scoring) that’s best to get lost in. Watch it now, so when it’s nominated for each Oscar, you can say, “Oh yeah, I saw that weeks ago.”

Is there ever a bad time to watch “Tremors?” We didn’t think so. What’s so remarkable about the giant worms underground classic is that, more than three decades after its initial release, everything still works just as well – the practical effects (by the sidekicks of Stan Winston, Alec Gillis and Tom Woodruff Jr.) are equally compelling; the bizarre mix of horror and comedy (based on a screenplay by Brent Maddock and SS Wilson and refined by director Ron Underwood) still hits the two brands wonderfully; and the cast, led by the formidable duo of buddies Kevin Bacon and Fred Ward, but including supporting performances by Michael Gross and Reba McEntire, is as perfect as ever. (The fact that we were stolen from a Blumhouse-produced “Tremors” TV series starring Bacon and Ward a few years ago when the pilot was not cast for the series is truly tragic.) If you haven’t. not watched “Tremors” in a while, well, here’s your excuse. Buckle up. It’s still quite the ride.

Look for “The Lost Daughter” to be a major awards contender in the coming weeks, and for good reason. Actress Maggie Gyllenhaal’s first film, “The Lost Girl” is an adaptation of the novel of the same name by Elena Ferrante, following the divorced teacher Leda (Olivia Colman) on a scenic getaway in Greece . What starts out innocently enough quickly becomes a loaded tangle – of memories (as we return to Leda as a young mother, now played by Jessie Buckley), of interactions (with a group of tourists on the beach, including Dakota Johnson as as a young mother) and emotions (as Leda struggles with what type of woman she was and who she has become). Gyllenhaal stages even the most mundane interaction with an overwhelming and palpable sense of dread, which becomes almost unbearable (all of this is a very good thing). It’s time to get lost in “The Lost Girl”.

The Cat in the Dr Seuss Hat

After the infamous “Sprockets” movie implosion (based on the “Saturday Night Live” sketch), Mike Myers and director Bo Welch (known for his mind-blowing production design for Tim Burton and Barry Sonnenfeld) banded together, while avoiding litigation, for “Le chat au chapeau” by Universal. An attempt to capitalize on the goodwill / box office of Ron Howard’s “How the Grinch Stole Christmas” (released a few years earlier), it remains one of the most fascinating and confusing big-budget adaptations of all. the temperature. Turning Dr. Seuss’ slender children’s book into a movie was always going to be a gamble, but turning it, like Howard’s “Grinch”, into a featured vehicle for a comedian known for his physical comedy … and then wrapping said star in it. bulky makeup. For some reason, “The Cat in the Hat” feels more bizarre and genuinely unbalanced. The production design is eerie and eerie, all shot in brilliant frames by Emmanuel Lubezki. And we can’t overstate Myers’ craziness in the title role. Really crazy. Infamous disappointment at the box office, it is however perched on the abyss, awaiting a reassessment. 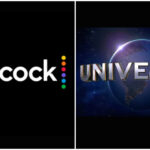 Adam McKay is a filmmaker who has always injected his brand of social commentary into everything he does, even if it’s something as silly as “Anchorman”, “Talladega Nights” or “Step Brothers”. But from “The Big Short” his political interests became more evident. “Don’t Look Up” is an attempt to reconcile the two halves of his career; it’s a wide-ranging comedy full of giant movie stars delivering cartoon performances, but it’s also a scathing indictment of the current political system and humanity’s ambivalence towards the ever-deeper destruction caused by global warming. climate. “Don’t Look Up” follows a pair of schlubby scientists (played by Leonardo DiCaprio and decidedly non-schlubby Jennifer Lawrence) as they try to warn everyone, including a dizzy president (Meryl Streep) and her creepy son Chief of Staff (Jonah Hill), a pair of empty news anchors (Cate Blanchett and Tyler Perry) and billionaire space tech genius (Mark Rylance), on the coming apocalypse. It’s a tricky tightrope number, combining levels almost “Attacks on Mars!” Of a large-scale, ridiculous disaster film show with deeply disturbing observations about the state of the world. It’s either the most depressing movie of the year or the most depressing movie of the year. Either way, this is a watch you can’t miss. 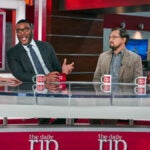