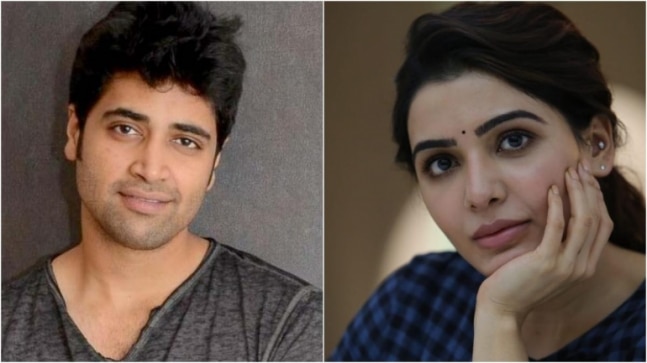 Samantha’s Yashoda teaser is out. Adivi Sesh took to Twitter to praise it.

Samantha Ruth Prabhu’s Yashoda teaser was released today, September 9, much to the delight of fans. It featured the actress as a pregnant nurse and piqued the curiosity of moviegoers with its elegant presentation. Actor Adivi Sesh has now taken to Twitter to praise his transformation. Yashoda is an action thriller film directed by Hari and Harish. It is produced by Sivalenka Krishna Prasad, under the Sridevi Movies banner.

ADIVI SESH HAS A MESSAGE FOR SAMANTHA

Samantha took to Twitter today, September 9, to share Yashoda’s teaser, much to the delight of fans. She described the film as a celebration of “Strength, Will and Adrenaline!” of the main character. Adivi Sesh, who emerged as a pan-Indian star with Major, has now taken to social media to shout out the teaser.

The actor wrote on Twitter, “Can’t wait to see you on the big screen Sam #Yashoda
@Samanthaprabhu2 (sic)”

Can’t wait to see you on the big screen Sam #Yashoda @Samanthaprabhu2 https://t.co/XF2LOZ55rK

Yashoda is an action thriller that features Sam in an intense new avatar. According to the teaser, this has the potential to be an intense affair. Yashoda is directed by Hari and Harish. It is produced by Sivalenka Krishna Prasad under the Sridevi Movies banner. The cast of the film includes Varalaxmi Sarathkumar and Unni Mukundan. The music is composed by Mani Sharma. M Sukumar and Marthand K Venkatesh are respectively director of photography and editor. Yashoda, shot in Telugu and Tamil, will be dubbed into Hindi and released theatrically alongside the original versions. This makes the film its theatrical release in Hindi,

Sam, meanwhile, is going through a busy phase on the work front. She will be seen in the Gunasekhar-led Shaakuntalam and the Vijay Deverakonda-led Khushi in her kitty. She is also reportedly in talks to act opposite Dulquer Salmaan, who was last seen Sita Ramam, in King of Kotha. If things work out, this will mark his Mollywood debut.