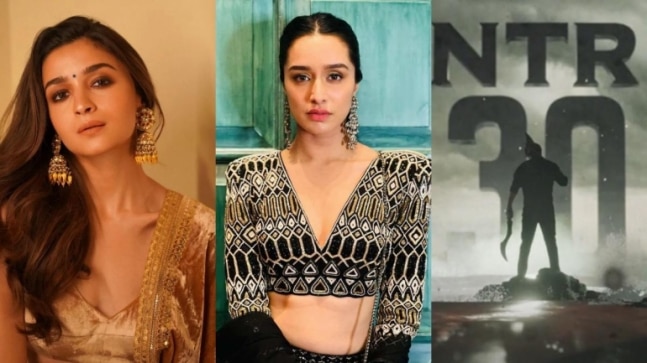 Alia Bhatt and Shraddha Kapoor reportedly turned down an offer to star alongside RRR Jr NTR star in his upcoming film, NTR 30.

Jr NTR recently surprised everyone with his performance in SS Rajamouli’s action epic RRR which also starred Ram Charan in the lead role. The actor is working with director Koratala Siva for his upcoming project, NTR 30, and there has been quite a bit of controversy surrounding the film’s casting. Apparently Alia Bhatt and Shraddha Kapoor had turned down the offer to star in the Jr NTR feature.

Jr NTR and Alia Bhatt shared screen space in RRR. It was reported that the duo might reunite again for NTR 30, but it turns out that Alia had rejected the project for undisclosed reasons. The creators reportedly approached Shraddha Kapoor later and she too turned down the project.

The makers of NTR 30 appear to be planning to bring in a Bollywood actress in the female lead, in a bid to increase the film’s reach in the Hindi belt. However, they apparently failed to lock Alia and Shraddha for the film.

Lately, there have been rumors that Rashmika Mandanna is in talks for the project, but the creators haven’t released any information about it. An official announcement regarding the actress who will play the female lead in NTR 30 is expected to be released soon.

The creators of NTR 30 dropped the movie poster for the film on Thursday, May 19. The movie poster is compelling as Jr NTR explains the theme of the movie with his voiceover. “I come to inflict fear on my adversaries,” NTR states in the motion poster.

Koratala Siva directs NTR 30 and Anirudh Ravichander composes the music for the film. Unit NTR 30 is expected to begin filming in July. More promotional content will be available in the coming days.