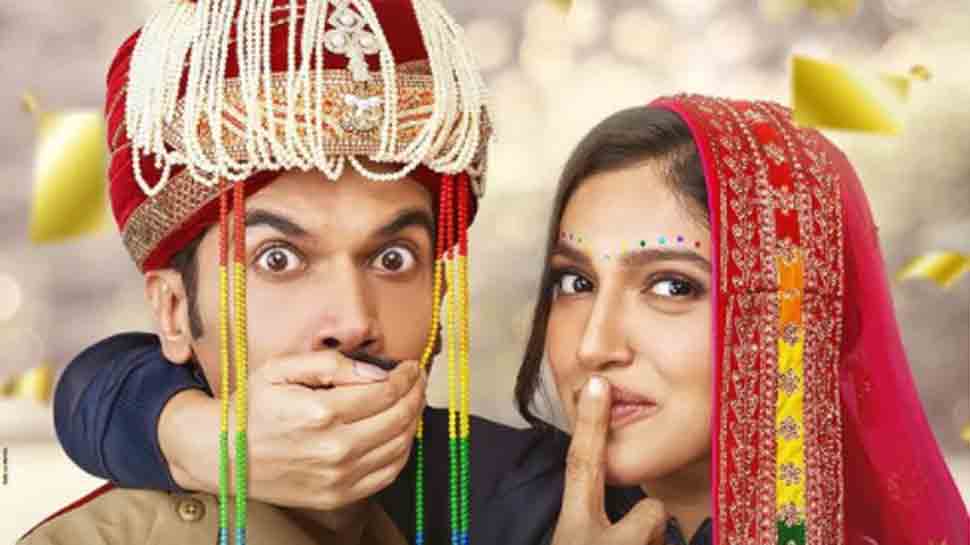 Bold themes reflecting the changing reality of our society are slowly but surely making their way into Hindi films.

Although the honesty and intention are commendable, Harshavardhan Kulkarni’s “Badhai Do” is forcefully stretched to make this point palatable to the audience. Also, somewhere down the line, the message loses impact and seriousness. Shardul Thakur (Rajkummar Rao) and Sumi Singh (Bhumi Pednekar) come from middle-class families where societal norms are meant to be upheld. However, both are “different”.

They belong to the queer community, and discovering a common goal, enter into a marriage of convenience, in which each leads his life freely while pretending to be a happy couple.

Social pressure to have a baby and the elders in the family trying to make it happen, cause things to spiral out of control and a chance discovery of Sumi with her partner, Rimjhim (Chum Darang), causes the opening of Pandora’s box. . The way they explain to their family that they were born to be different and that they do not suffer from a “disease” is at the heart of the film.

Rajkummar Rao as a policeman, fitness and bodybuilding obsessed, flaunting his six-pack abs and enviable physique, every square inch feels like his role. But somewhere, in his attempt to be different and not use stereotypical ways, as he tries out this character, he tries too hard and fails to impress. We don’t sympathize with him and we can’t feel his plight.

Bhumi Pednekar as Sumi, a physical education teacher, surpasses Rao in her realistic portrayal and seems to be more comfortable portraying his bold character. Yet somewhere, none of them is deeply convincing.

The supporting cast of veteran actors deliver what is expected of them. The scene on the terrace where Shardul’s mother (Sheeba Chaddha) embraces her sobbing son in acceptance is poignant.

The plot is linear, with the narrative having the sole purpose of conveying this message to its audience. The film’s length and lackluster chemistry between the main cast, however, dilute that impact.

The film’s setting – small-town, middle-class families and societal expectations – is a bit overdone, just to drive home the point and accentuate the contrast.

The LGBTQ+ gathering towards the end, to reiterate their release and acceptance of who they are, is one of many unwarranted examples in the film, which only adds to its length, not its gravity.

Moreover, the sensitivity of the issue and the reactions of society, especially those of middle-class families, are rendered mundane, and with the many attempts forced to highlight the struggles of this community, somewhere in the process of road, the seriousness of the message is lost.

The music fits well with the theme of the film. Arijit Singh’s “Atak Gaya” in particular encapsulates the essence of the film.

Overall, this movie seems like just another take on LGBTQ+ issues, this time adding the adoption angle to the otherwise common question of coming out of the closet and making your families understand. Edited with moderate production values, the film tends to get tedious at times.

The best new movies to stream on Netflix, Amazon, HBO and Peacock this weekend