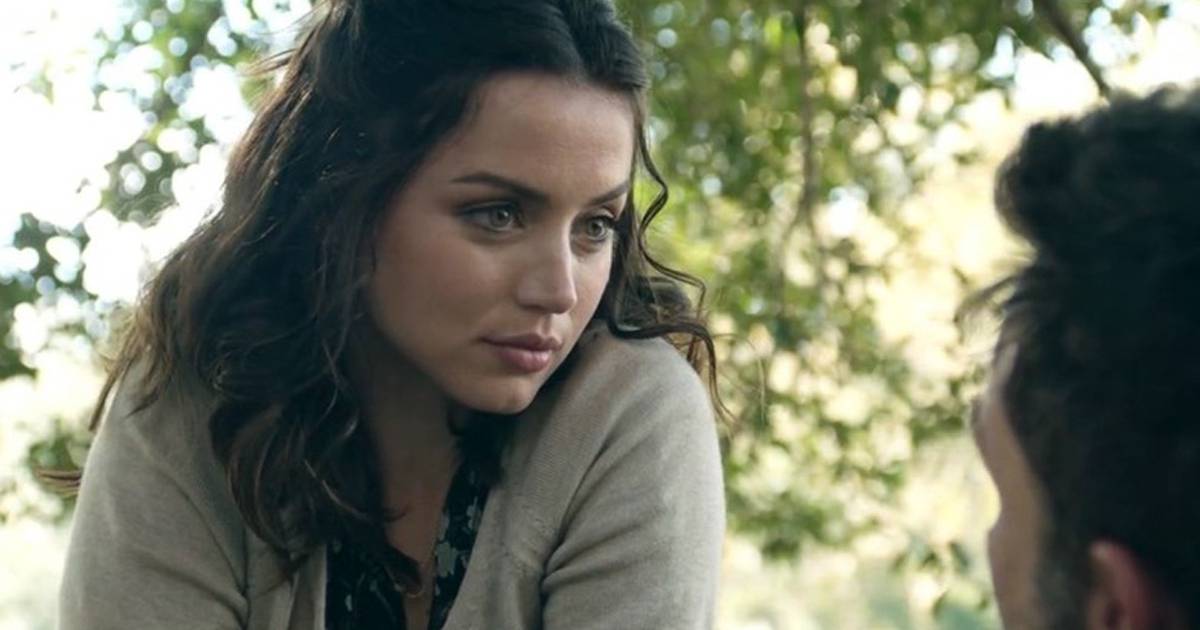 **** Vic (Ben Affleck) is rich. By designing a computer chip used in drone warfare, he gave himself enough time to pursue his favorite hobbies: riding his bike, cultivating a colony of snails, and quietly murdering the many lovers of his wife, Melinda ( Ana de Armas). Based on a novel by Patricia Highsmith and directed by Adrian Lyne (Fatal attraction), deep waters savor the thrills of sadistic foreplay. “Finally, a little emotion,” Melinda sneers when Vic confronts her with one of her things. The cuckold turns her on, but they’re both turned on by his vicious desire to control her. Melinda’s conquests may think they’ve captured a slice of her soul, but they’re just pieces on the chessboard that is her marriage to Vic, as is Lionel (Tracy Letts), a nosy acquaintance who knows about it. too much about their relationship. for his own good. It’s all fun and sickly, thanks to Lyne’s mastery of the film’s menacing atmosphere and the unrivaled pairing of de Armas and Affleck. His teasing cruelty clashes deliciously with his sinister stoicism, creating a disconcerting balance between their performances. deep waters could have been a hysterical thriller about the horrors of having a cheating wife or a post-#MeToo impeachment of a deadly husband, but it’s neither. Lyne, Affleck and de Armas have instead created an erotic game in which man and woman have an equal stake in the inevitably twisted outcome. Progress? May be. Entertainment? Undeniably. R BENNETT CAMPBELL FERGUSON. Hulu.

**** A movie critic once said that all great movies are about being a human being who loves other human beings. This is true in After Yang, but the film is also about being a being who loves other beings, human or not. Set in the unspecified future, it chronicles the silent grief of Jake (Colin Farrell) and Kyra (Jodie Turner-Smith), who mourn the death of their robotic “son,” Yang (Justin H. Min). Jake thinks Yang can be resurrected, but he’s more interested in using a device called a Reader to immerse himself in Yang’s experiences, including his secret romance with a clone named Ada (Haley Lu Richardson). Ada’s longing and loneliness haunt After Yang– your heart breaks as you watch her hold on, even when her eyes threaten to unleash a sea of ​​tears – but somehow the film leaves you burning with hope. Adapted from a short story by Alexander Weinstein, writer-director Kogonada (Columbus) merges its deeply felt storyline with sublime imagery, like a cosmic view that represents Yang consciousness. When Jake falls into one of Yang’s memories, a faint dot enlarges, becoming a memory. Therein lies the wonderful idea that defines the film – that a moment, whether beautiful or ordinary or both, can be a star. PG. BENNETT CAMPBELL FERGUSON. Hollywood.

**** After seeing drive my car, you’ll never look at snow, suspension bridges or scenes the same way again. When you see the world through the scrutinizing eyes of director Ryûsuke Hamaguchi, there is no mere setting. There is only the living fabric of places and objects that envelop Yûsuke (Hidetoshi Nishijima) and Misaki (Tôko Miura), whose compassion and complexity are a world in their own right. Most of the film takes place in Hiroshima, where Yûsuke directs a production of Chekhov Uncle Vanya. Misaki is assigned to be his driver, but their relationship transcends the separation between front seat and back seat. Over the surreal yet oddly believable journeys, conversations, and adventures, their reserve gradually erodes as they reveal their losses and inner lives to each other, reaching a cathartic climax that leaves you both broken. and hovering. The film, based on a short story by Haruki Murakami, isn’t afraid to face the agony of grief and loneliness, but Hamaguchi’s evident love for his characters imbues the entire journey with an invigorating warmth. A tender, hopeful coda set during the pandemic might have been commendable, but like every moment of the film, it’s worth believing because Hamaguchi’s sincerity is unquestionable. “We must go on living,” Yūsuke told Misaki. With these words, he is not only addressing her but us. NR. BENNETT CAMPBELL FERGUSON. Fox Tower, Hollywood.

**** Bulgarian writer-director Ivaylo Hristov Fear portrays humanity with raw honesty and moments of levity. Shot in beautifully disturbing black and white, the film chronicles the life of Svetla (Svetlana Yancheva), a gruff widow and recently unemployed teacher living near the Turkish border who crosses paths with an African refugee named Bamba (Michael Flemming) trying to make her way to Germany. As the authorities become bogged down in dealing with the many immigrants arriving in the run-down town of Svetla, she finds herself reluctantly taking in Bamba while town officials decide what to do with him. A fascinating relationship begins to take shape between Svetla and Bamba, despite socially constructed barriers posed by language, nationality, and race. Before long, news spreads around town that the African man is staying with Svetla, sparking reckless speculation filtered through xenophobia, racism and misinformation. Hristov’s deftly injected comic beats in the face of absurd situations become fleeting as the impending danger grows, tapping into the harrowing lessons of history that subconsciously warn audiences of what’s to come. NR. RAY GILL JR. On demand.

**** In turn red, the latest kinetic gem from Pixar Animation Studios, 13-year-old Meilin (voiced by Rosalie Chiang) yells, “I’m a big red monster!” Given her age, you might think she’s talking pimples, but Meilin literally talks – when her emotions rise, she transforms into a fuzzy red panda. It’s a metaphor, but what for? Puberty? Exit? Discovering a furry fetish? Audiences are likely to come up with dueling perspectives, which is a sign of the film’s intelligence – it’s too radical and mythical to be confined to a single interpretation. Meilin’s mother, Ming (Sandra Oh), wants to perform a ritual to banish the panda in her daughter’s soul, but Meilin happily and firmly tells her, “My panda, my choice, mom,” a characteristic line from a specialized studio. to serve as allegorical baggage for all ages. Both children and adults will enjoy turn red, directed by Domee Shi, revels in Meilin’s panda-like exultation – she defeats a bully and leaps across rooftops – but most importantly, the film is aimed at girls Meilin’s age. As the triumphant “Pandas, Assemble!” the climax suggests, turn redthe first Pixar film with an all-female creative direction team, wants them to feel both entertained and seen. PG. BENNETT CAMPBELL FERGUSON. Disney+.

** “What’s black and blue and dead all over?” In The Batman, the Riddler (Paul Dano) poses this question to the Dark Knight (Robert Pattinson), but blacks and blues don’t feature much in the film – visually, morally and emotionally, it’s a gray film. While director Matt Reeves brought majestic mourning to the Planet of the Apes series, he seems completely lost in Gotham City. His nearly three-hour film is less a narrative than a mechanistic study of a political conspiracy the Riddler wants to expose – the story begins after the murder of Bruce Wayne’s parents not only because we’ve seen it before, but because Reeves is more interested in plot than pathos. Even the soulful, sultry presence of Zoë Kravitz as Catwoman can’t liven up the film – she and Batman flirt so chastely as if it hadn’t been for a few F-bombs and awkwardly staged fight scenes, Reeves could have easily gotten away with a G rating from the Motion Picture Association of America. When Christopher Nolan was helming the Dark Knight Trilogy, he fervently tore apart the Batman mythos, while Reeves just seems to be halfheartedly marinating in misery, especially when the film attempts an embarrassingly halfhearted critique of Bruce and the rest of the 1 % of Gotham. What is dead everywhere? The Batman. PG-13. BENNETT CAMPBELL FERGUSON. Academy, Baghdad, Cedar Hills, Cinema 21, Cinemagic, City Center, Eastport, Fox Tower, Laurelhurst, Lloyd Center, Pioneer Place, St. Johns, St. Johns Theater & Pub, St. Johns Twin, Studio One, Tigard.

** This spy drama set in the West Bank opens with Israel’s so-called separation wall, reinforcing that the events of the film take place in a sort of cauldron. Suspicion and oppression are fanned by unseen forces until they are self-perpetuating, like filmmaker Hany Abu-Assad (Heaven now, Omar) highlights a puzzling betrayal based on true events. Huda (Manal Awad), a Palestinian salon owner, blackmails a client named Rema (Maisa Abd Elhadi) for the Israeli secret service, erecting a fence in the story itself. One half of the film focuses on Huda’s black box theatre-style interrogation by a Palestinian intelligence chief, while the other half is devoted to Rema who wonders if she can tell her jealous husband that she is doing subject to blackmail. This mirror structure should offer some insight into the character, but the script tricks evade its promise. Huda’s interrogation informs too loudly and conveniently about Rema’s domestic debacle, allowing only flickers of organic drama between husband and wife. The bottom line, clearly explained but shown mutedly, is how state violence and conservative oppression prey on women until they prey on each other. Although Awad has some memorable doe eyes, however, the film gets bogged down in the sociopolitical backstory of why she endangered her community. It’s a portrait of a traitor, but with a large dialog box in place of her face. R CHANCE SOLEM-PFEIFER. The living room.