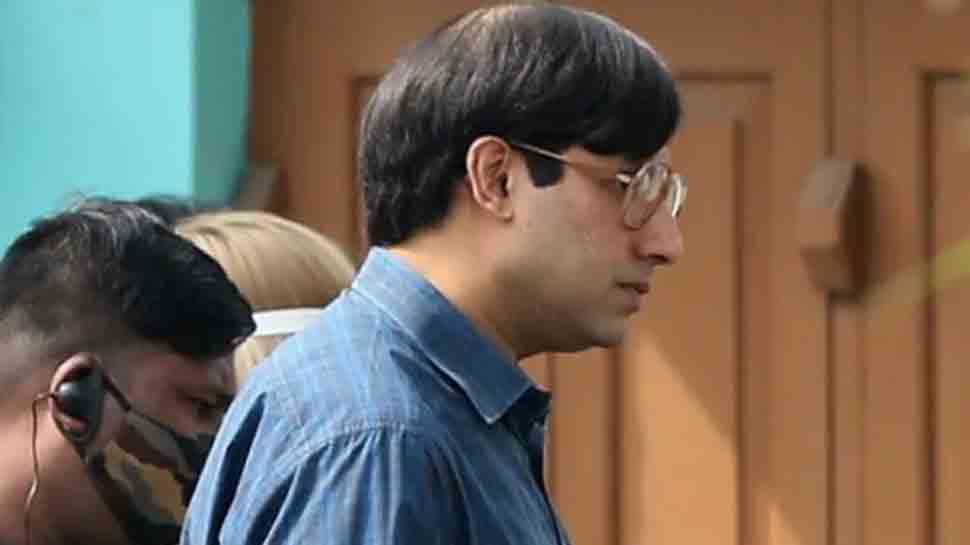 New Delhi: Abhishek Bachchan has released the look for his upcoming film ‘Bob Biswas’. The actor stars as the infamous serial killer who was first seen in Vidya Balan’s 2012 film “Kahaani”. Bob Biswas was played by Saswata Chatterjee in ‘Kahaani’.

In the first look, an animated poster, Abhishek Bachchan stares intently at the camera. A voiceover in the background reads: “Aapko shayad yaad nahi, asal me aap bahut bahut bure aadmi ho. (Maybe you don’t remember, but you are actually a very bad person).”

Abhishek shared the movement’s poster on Instagram with the caption “Ek minute”. The line refers to Bob’s dialogue in ‘Kahaani’. The serial killer, in front of his victim, would take a moment to shoot the person. Along with the poster, Abhishek also revealed that the trailer will be released at 12 p.m. on Friday.

The animated poster received the love of many, including Abhishek’s sister, Shweta Bachchan and her niece, Navya Naveli Nanda. Shweta dropped her hands up from the emojis while Navya wrote “Wooooooo” in the comments section. Abhishek’s co-star in Manmarziyaan, Vicky Kaushal, also cheered him on. “Come on AB!” he wrote, with a fiery emoji. Director Zoya Akhtar wrote: “I really want to watch this.”

The spin-off, which also features Chitrangada Singh in a central role, is directed by beginning director Diya Ghosh and written by Sujoy Ghosh. It is produced by Red Chillies Entertainment by Shah Rukh Khan and Bound Script Production by Sujoy Ghosh. In December, photos of Abhishek from the film’s sets were leaked online.