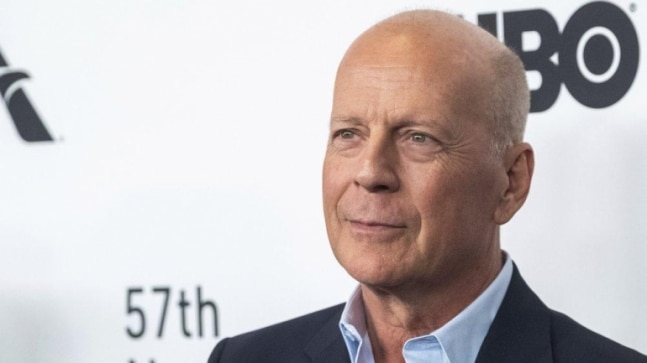 Hollywood actor Bruce Willis is set to retire from his acting career after being diagnosed with aphasia.

‘Die Hard’ franchise star Bruce Willis will retire after being diagnosed with aphasia, a condition that “impairs his cognitive abilities,” his family said in a statement Wednesday.

Willis, 67, who gained initial fame for the 1980s comedy-drama TV series ‘Moonlighting’ before becoming the badass, action hero who shouted ‘Yippee Ki Yay’ in five ‘Die Hard’ films ‘, appeared in approximately 100 films across his four-decade career, gaining acclaim for his roles in ‘Pulp Fiction’ and ‘The Sixth Sense’.

Willis has won a Golden Globe Award and two Emmys.

“This is a truly difficult time for our family and we greatly appreciate your continued love, compassion and support,” the family statement read.

“We are going through this as a strong family unit and we wanted to bring in his fans because we know how much he means to you, as you do to him,” the statement read.

Aphasia is a condition affecting an individual’s ability to speak and communicate effectively with others, including speaking and writing. According to the Mayo Clinic, it can occur after a stroke or head injury, but can also occur over time due to brain tumors or degenerative diseases.

Fans shared sadness, shock and tributes to Willis on social media when news of his diagnosis broke.

A fan with a Twitter handle, Cody Leach, wrote: “My heart goes out to #BruceWillis and his family. His work has meant more to me than I could ever put into words…If it is in fact the end of your acting career all i can say is thank you we love you Bruce.

Another fan, RiffTrax, wrote on Twitter, “Respecting a fine actor and legendary entertainer has been one hell of a career. #BruceWillis.”