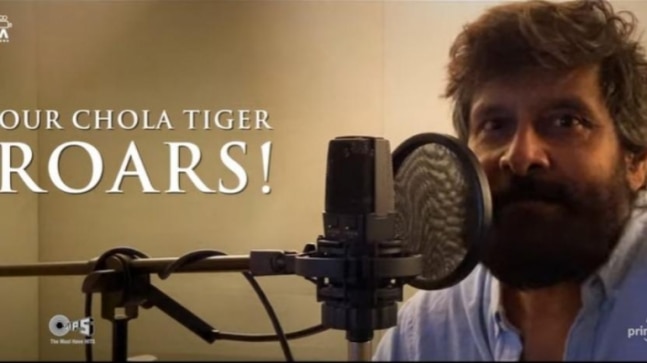 The teaser for Mani Ratnam’s upcoming film, Ponniyin Selvan, which has been made on a large scale, was released on July 8. The film will be released in Tamil, Telugu, Malayalam, Kannada and Hindi on September 30. Superstar Chiyaan Vikram, who plays the lead role in Ponniyin Selvan, dubbed in all five languages ​​for the teaser.

The Ponniyin Selvan teaser was unveiled by the directors and star actors in Chennai on July 8. The film stars Chiyaan Vikram, Aishwarya Rai Bachchan, Karthi, Trisha and Jayam Ravi, and others. It is a film adaptation of the evergreen Tamil novel by Kalki which was serialized in the 1950s. The teaser revolves around the power struggle of the Chola Empire in the 10th century and will hit the screens in two episodes.

Fans went gaga over the film’s ensemble cast and mesmerizing visuals, with Vikram playing the lead role of Aditya Karikalan kicking their expectations up a notch with his captivating performance. The recent teaser showered the actor’s social platform with all the love and appreciation for his dedication and talent.

Ponniyin Selvan has been director Mani Ratnam’s dream project for over a decade. He tried to make the film several times, but his plans never came to fruition due to budget and casting constraints. Now, he has fulfilled his dream as Ponniyin Selvan: Part 1 is set to release on September 30. PS-1 is slated for worldwide release in Tamil, Hindi, Telugu, Kannada and Malayalam.

“Black Bird” with Ray Liotta, “The Rehearsal” by Jane Austin and vampires