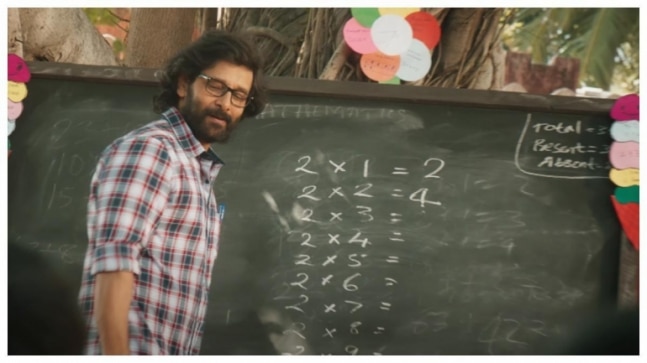 Chiyaan Vikram, who has been an integral part of the Tamil film industry for almost three decades, is gearing up for the release of his new film Cobra. Its creators unveiled its trailer this Thursday, August 25, to the delight of fans. Although the video attracted attention, it disappointed a certain part of the public. Cobra is an action thriller, written and directed by R Ajay Gnanamuthu. This marks the Demonte Colony helmsman’s first collaboration with the mass hero.

Seven Screen Studios unveiled the Cobra trailer on Thursday, August 25. The banner however did not release the Telugu version of the same. This upset Chiyaan Vikram fans in Andhra Pradesh and Telangana as they missed watching the trailer in their language. They want the makers to promote Cobra equally aggressively in the Telugu states to ensure that the dubbed version, which is set to release alongside the Tamil version on August 31, does well at the box office.

Here are the Tweets:

Cobra is an action thriller that features Vikram in almost 20 different striking avatars. The cast includes Srinidhi Shetty – who rose to fame through her work in KGF – Miya George, Roshan Mathew, Sarjano Khalid and Mirnalini Ravi, among others. Former Indian cricketer Irfan Pathan is set to make his acting debut with a negative role in Cobra. The biggie was reportedly shot on a budget of Rs 90 crore. It will be distributed by Red Giant Movies, the banner behind such films as the Ajith Kumar-directed action thriller Mankatha and Sivakarthikeyan’s Don. Cobra is set to open in theaters on August 31.

Rajinikanth’s jailer will feature Tamannaah in a long cameo?