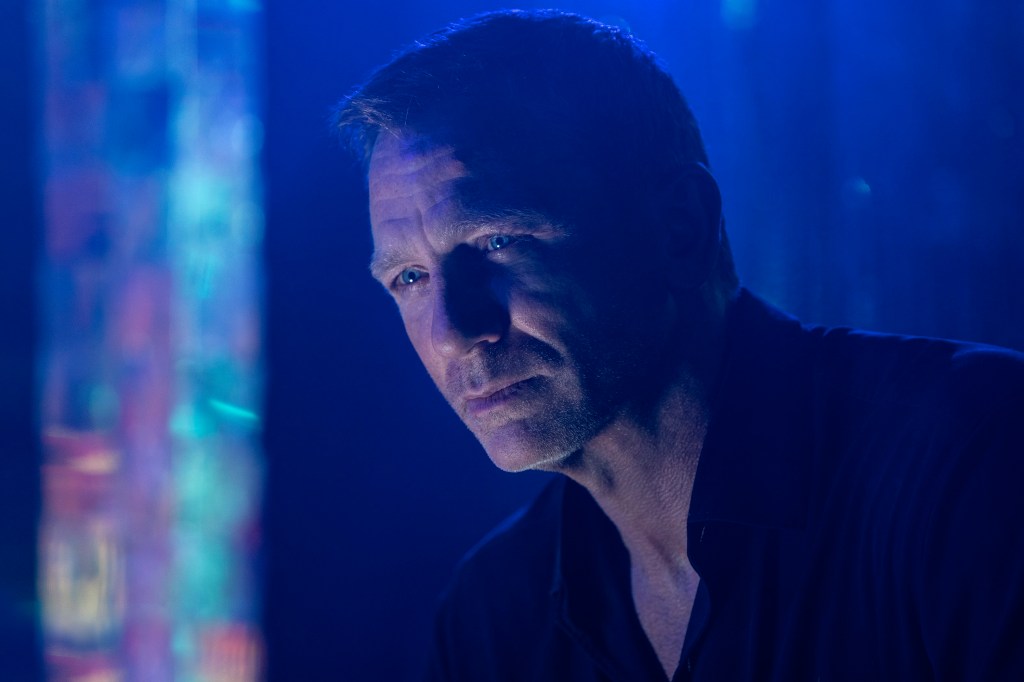 And you thought the box office was on fire last week.

Wait until Friday, October 8, when Daniel Craig completes his final assignment as 007 with the landing of “No Time to Die” in theaters.

This is our best watch this week.

We’re also checking out two of the weirdest movies of 2021: the “Titanium” shockfest and the popular “Lamb” tale. If you can’t wait to get into the Halloween spirit, head over to the Shudder streaming service, which serves up “V / H / S / 94”, a killer new chapter in the horror anthology series. .

Here is our overview:

“No time to die”: Daniel Craig’s fifth and final mission as Ian Fleming’s super suave / sexy 007 is one of the best actors on the show – but it’s not as good as “Casino Royale” or “Skyfall”. “Die” is a fitting but too long finale with an older James Bond facing his own mortality and facing a metaphysical crisis. He comes out of retirement to fight another villainous villain in the form of Lyutsifer Safin (Rami Malek), a victim of a terrible childhood with the prior desire for world domination / annihilation. Meanwhile, Bond reunites with his last flame, psychologist Madeleine (Lea Seydoux) whom he quickly dumps shortly after the thrilling opening chase scene. Like everyone in this film, apparently, she too heals from a traumatic past.

Bond is drawn back into the world of espionage after a scientist goes missing and a friend of the CIA (Jeffrey Wright) asks for his help. Meanwhile, a new 007 (Lashana Lynch) is at work and impresses her boss M (Ralph Fiennes). The serpentine plot is punctuated by a few clever lines which – we think – resulted from the fact that “Fleabag “‘s Phoebe Waller-Bridge signed on as a co-writer.

Along with Lynch, the real scene thieves are gadget wizard Q (a delicious Ben Whishaw) and rookie CIA agent Paloma (Ana de Armas). You almost wish she, Q, or Lynch would get their own series

Oakland-born Cary Joji Fukunaga accurately directs both the action and the emotional department, but romantic canoodling fails to light up a game. The globetrotting action scenes are jaw-dropping, but a whiff of melancholy permeates every frame as this is Craig’s last hurray. He was a perfect leap. And in “No Time to Die”, her 007 realizes that a new day is dawning in the spy world and her priorities in life must change. It’s a sweet now, and it’s fine with us. Details: 3 out of 4 stars; in theaters October 8.

“Lamb”: Partly scary Icelandic folk tale and austere parable about playing with Mother Nature, Valdimar Jóhannsson’s icy debut is another decidedly bizarre entry into the canon of film studio A24. Noomi Rapace and Hilmir Snær Guðnason play a couple of childless farmers who “welcome” a little lamb and raise it like theirs. Of course, complications, quirks, and emotional turmoil ensue. “Lamb” is visually striking and cranky, a well-made curiosity that you’ll think about days after seeing her and wonder what it means and why it affected you so much. And you could swear to quit lamb chops for good. Details: 3 stars ; in theaters October 8.

“Titanium”: A young psychotic woman (Agathe Rousselle, wrung out) with a titanium plate surgically encrusted in her angry head gets impregnated by a car. Then things get really weird. Director Julia Ducournau’s second feature stunned and wowed crowds at the Cannes Film Festival, where it won the Palme d’Or, and it’s easy to see why. The hard-R rated film (How He Escape From NC-17 Is Beyond Me) runs on fury, fire, and art, as protagonist Alexia flees the scene of a gruesome crime and then draws closer to a figure of a firefighter dad (Vincent Lindon). The less we say about what is going on, the better. But it is a magnificent slab of cinema, never boring, always fascinating. If you thought Ducournau’s debut feature “Raw” was bizarre, you ain’t seen nothing yet. He’s a director with moxie to burn and the talent to back it up. Details: 3½ stars; is now playing in some theaters.

“Attack on Hollywood clichés!” “: Rob Lowe takes us on an entertaining jaunt through tried and tested screenwriting tips; from the “cute encounter” to the “maverick cop” to the “talking to the tombstones” scene. It’s discussed with a sly wink and loaded with hilarious examples. Even high profile productions like HBO’s “Mare of Easttown” are not spared. The special hour makes it an ideal aperitif to erase the aftertaste of a brutal work week. Details: 3 stars ; available on Netflix.

“The Addams Family 2”: Stocked with an insane number of high-energy pop songs, this uninspired animated sequel falls back on the old scenario switched at birth and yet required the brain power of four screenwriters. All of this gives the production an air of desperation which the vocal talents improve a bit, but not enough. Dour Wednesday (voiced with tonal accuracy by Chloë Grace Moretz) discovers that she could be the offspring of a scientist from Sausalito interested in his science project. To make sure Wednesday doesn’t pack and move to the bay, Morticia (Charlize Theron) and Gomez (Oscar Isaac) decide to take a family trip. The entertainment is okay, but the story is moldy. Children and parents deserve better than this. Details: 1½ stars; now plays in theaters and streams to Google Play, Apple TV, and YouTube.

“V / H / S / 94”: Streaming service Shudder brings its horror counterparts to the big screen with this latest addition to the popular horror anthology series. Like the three previous entries, some stories come out better than others. Overall, each is still strange, bloody, and subversive. Best of the lot is Timo Tjahjanto’s bloody Frankenstein dispatch, an expert exercise that makes you feel like you’re in a haunted video game. All segments are set in 1994 and cover relevant themes, from police brutality to white supremacists in America. Rage, intelligence, skill and a few shrewd observations over the period just before the installation of social media combine here to great effect. Details: 3 stars; available on Shudder.

“Love at first sight for Figaro”: Director Ben Lewin’s unadventurous romantic comedy takes all the calculated steps we’ve already taken as a leading American professional (Danielle Macdonald) hits the pause button from an unsatisfying career to pursue her true passion. In this case, it becomes an opera star. But she’s an amateur and she needs to earn her bagpipes, so she’s off to Scotland to train with an abrupt divaesque vocal coach (“Absolutely Fabulous” fave Joanna Lumley). You know where this all leads, but Macdonald makes a pleasant presence and Lumley is a scream. Details: 2½ stars; now streaming on Vudu, Amazon Prime, Google Play, Apple TV and YouTube.

“Coming home in the dark”: If you manage to get through its wild and bloody start in which creeps kidnap a few family members on vacation in New Zealand, you’ll be ready for a powerful and uplifting thriller that’s outraged by a broken system. As kidnappers, Daniel Gillies and Matthias Luafutu scare you while Erik Thomson and Miriama McDowell – as an abducted couple – show some freedom of action. “Coming Home” will have a few that run away in a matter of minutes. But it’s perfectly directed by director and co-writer James Ashcroft, who adapted an acclaimed story. But go elsewhere if you are looking for a wellness movie. Details: 3½ stars; opening October 8 in theaters and streaming on Amazon Prime, Google Play, Vudu, and Apple TV.

The best James Bond villains of all time