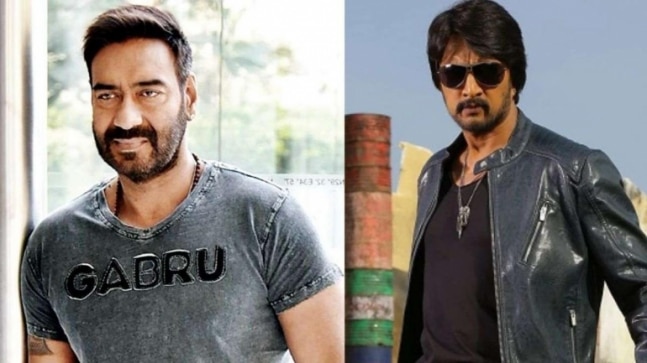 Two days ago, Kiccha Sudeep, at an event, said that “Hindi is not our national language”, and in his wildest dream he wouldn’t think it would ruffle some feathers, without talk about Ajay Devgn. It is a common expression that people from the South use at that time. Being a Chennai-ite, we have all been subjected to Hindi imposition many times. In shopping centers. In flights. Even Swiggy or Zomato sometimes. It’s frustrating to be a South Indian, especially in these times. And Ajay Devgn’s tweet proved it.

Look at the irony of Ajay Devgn’s tweet. Quoting the national anthem did not make him a patriot. It only made things worse. He points out that Hindi was, is and always will be our national language. He did not realize that Jana Gana Mana is not Hindi, but Bengali.

Ignorance and a sense of entitlement are disconcerting. India is a country of diverse cultures. Our CM2 history books would tell us. Dear Ajay Devgn, who would tell you that Hindi is not our national language. You would have already known this thanks to the indignation on social networks.

It has been more than 24 hours since the exchange and the debate over imposing Hindi is all over the media. If there’s anything that stands out from Ajay Devgn’s tweet, it’s the savagery of Kiccha Sudeep. And of course the ongoing conversation about imposing Hindi.

Southern states have vehemently opposed the imposition of Hindi for decades. From Rajinikanth to AR Rahman to Chiranjeevi, several celebrities have openly criticized the language war. Yet people like Ajay Devgn believe that Hindi is a national language in a country that has multiple languages.

In fact, Tamil is considered to be one of the oldest languages ​​in the world. We do not see people belonging to Tamil, Telugu, Malayalam or Kannada claiming that theirs should become the national language.

“WHY DO YOU DUB YOUR FILMS IN HINDI?”

Another ridiculous argument made by Ajay Devgn was the dubbing of movies in other languages ​​into Hindi. Uh.

Dear Ajay Devgn, the same question can be addressed to you. Your career has had many ups and downs. If you love your “national language”, then why redo the Tamil film, Singam, and the Malayalam film, Drishyam? They are not your national language, are they?

We welcomed you with open arms when you made an appearance in SS Rajamouli’s RRR. The role transcended borders and gave a new color to the film. We never saw the fact that you are a Hindi actor. If that were the case, there would not have been before them Rajinikanth, Kamal Haasan, Amitabh Bachchan and the legends of Indian cinema.

We belong to India. A land of diversity. When there is already so much hate propaganda, why add fuel to the fire? Let’s celebrate differences and respect each other.