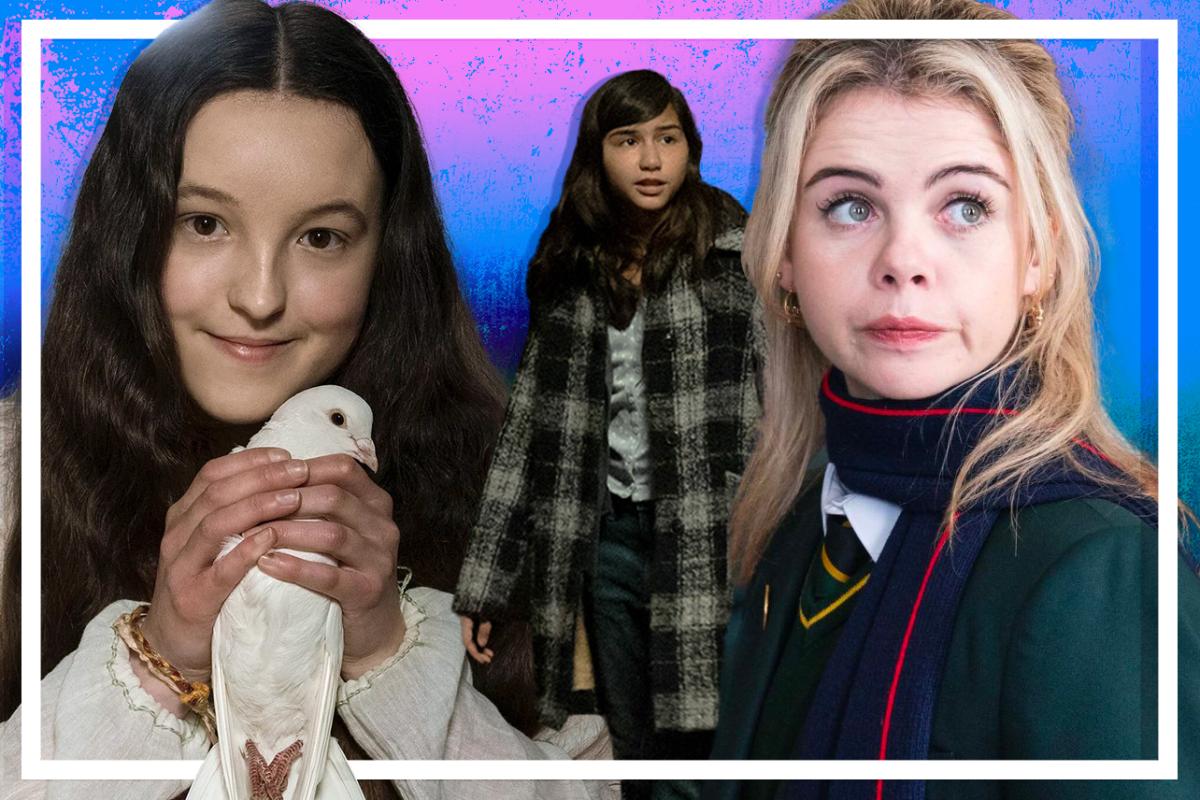 “Derry Girls”, “Let the Maid In” and More

Just a bunch of girls trying to get on with their lives, that’s what this weekend’s new movies and shows are all about. One of these girls is a vampire, others are teenagers living in a politically turbulent country, and another fends off rude, hairy suitors her parents want her to marry, but despite their differences, the struggles are all the same. You don’t know which new version is made for you? Sit down and let us here at Decider help you figure out what to watch this weekend and where to stream it.

New movies and shows to stream this weekend: Derry Girls (Season 3), Catherine called Birdy, Leave the one on the right in + More

After years of waiting, Netflix Derry Girls is finally back this week. The series about a group of teenagers living in Northern Ireland in the 90s as they go through the peak of puberty is beloved and hilarious, and sadly ends with this batch of episodes. But that’s okay because it’ll give us time to watch Showtime’s new drama, Leave the one on the right in, the series about a 12-year-old girl named Eleanor who is also a vampire. Eleanor and her father Mark will do whatever it takes to keep her alive…that is, to drink her human blood. This turns out to be difficult, as you can imagine. And for something lighter, there’s a new Lena Dunham movie on Amazon Prime Video, Catherine called Birdyabout a young medieval girl desperate to avoid being married to one of the many filthy (but rich!) men her parents want her to be with.

The third and final season of Netflix’s beloved series Derry Girls, created by Lisa McGee, has been available for months in Ireland, but here in the US we’ve had to wait what feels like forever to see how the series ends. Set against the backdrop of the Troubles in Northern Ireland of the 1990s, the show is the story of five friends from a strict Catholic high school, Erin (Saiorse-Monica Jackson), her cousin Orla (Louisa Harland), Clare (Nicola Coughlan) , Michelle (Jamie-Lee O’Donnell) and Michelle’s English cousin James (Dylan Llewellyn) come of age. It’s bittersweet to let go of the hilarious, nostalgia-filled series as we’ve watched the cast grow, but as the new season focuses on Orla and Erin turning 18, it’s time for them – and for us. – to move on.

Lena Dunham’s latest film, Catherine called Birdy, is based on the 1994 novel by Karen Cushman. At the heart of the story is Catherine (also known as Birdy), played by Bella Ramsey, whom you know and love for her role as Lyanna Mormont in game of thrones. Ramsey’s Birdy is an equally feisty young woman, who will stop at nothing to avoid having to marry one of the suitors her father (Andrew Scott) wants her to marry so he can advance social status. of their family. The film belongs to that kind of “modernized history” which can be random, but in this case Ramsey is stellar and the modernization of this story set in the Middle Ages is smart and fun.

New to Showtime October 9: Leave the one on the right in (First series)

Showtime is new Leave the one on the right in The series is inspired by the Swedish film and novel of the same name (and later, a 2010 American version of the film starring Kodi Smit-McPhee and Chloë Grace Moretz). The ten-episode series will air weekly on Showtime and stars Demian Bechir as Mark, a father whose 12-year-old daughter, Eleanor (Madison Taylor Baez), was turned into a vampire as a baby. Unable to leave the house until nightfall, Eleanor is trapped inside, while her father must find a way to not only give her the blood she craves, but also try to find a remedy for her.

Flow Leave the one on the right in at show time

Straight out of nowhere: Scooby-Doo meets Courage the cowardly dog, 2021

american gigolo
The circus
Let in the good (series premiere)

GHOST BROTHERS: TURN OFF THE LIGHTS

Hello Jack! The show of kindness