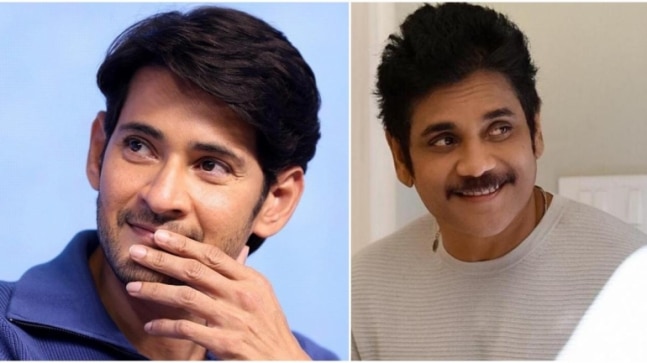 Mahesh Babu has shared the trailer for The Ghost of Nagarjuna. Nags thanked him and pointed out that he had already acted alongside Tollywood legend Krishna.

Mahesh Babu and Nagarjuna may be teaming up for a movie in the near future.

Mahesh Babu is widely regarded as one of the biggest names in Telugu cinema. The star has proven himself to be the undisputed Super Star with blockbusters like Pokiri and Athadu to name a few. Now, it looks like he might be collaborating with Nagarjuna for a multi-star soon. On Thursday, August 25, Prince shared the trailer for Nags’ upcoming film, The Ghost. The Manam actor thanked him with a sweet message that hinted at a possible collaboration between the actors.

On Thursday, August 25, Mahesh Babu posted the trailer for The Ghost and wished him luck with his new release.

In response, Nagarjuna recalled that he once acted alongside Mahesh’s father and Tollywood legend, Krishna.

His tweet read, “I was so happy 29 years ago when your superstar dad Krishna Garu joined me for the movie ‘Varasudu’!! Why don’t we come full circle?”

Mahesh Babu replied saying he would like to do so.

Nagarjuna will be seen in an intense avatar in The Ghost. The action drama is directed by Praveen Sattaru. The film, starring Sonal Chauhan in the female lead, is set to hit theaters in October. Nagarjuna is also part of the Brahmastra directed by Ranbir Kapoor, which hits screens on September 9.

Mahesh Babu, on the other hand, is preparing to start work on SSMB 28. The film is set to hit theaters on April 28, 2023. This is his third collaboration with Trivikram Srinivas after Athadu and Khaleja. SSMB 28 will be his first release after the action drama Sarkaru Vaari Paata. Mahesh also has a movie starring SS Rajamouli, the filmmaker behind the Baahubali and RRR series, in her kitty.