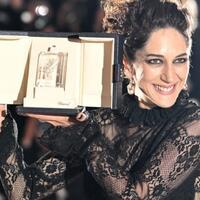 Iran on May 30 dismissed as “biased and political” last week’s award at Cannes for a film about a serial killer who targeted sex workers in an Iranian Shiite sanctuary city.

Iran’s Cinema Organization, affiliated with the Culture Ministry, blasted the move, accusing the festival of “committing a biased and political act by praising a fake and disgusting film”.

He said the film “follows the same path as Salman Rushdie in ‘The Satanic Verses,'” in reference to the Booker Prize-winning Indian-British-American novelist.

Her star Ebrahimi began her career in Iran, but was derailed when a sex tape leaked online in 2006, allegedly of her and her boyfriend.