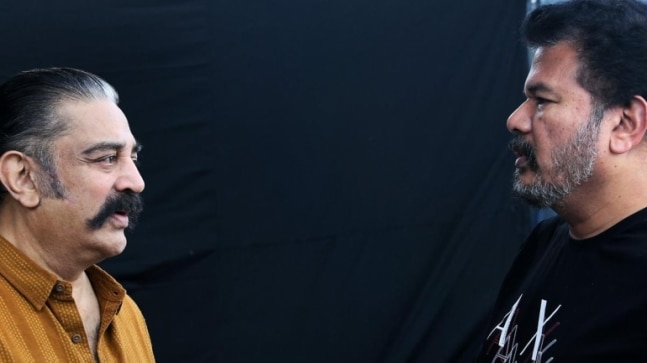 Kamal Haasan has joined the filming of Indian 2. He shared some photos with director Shankar while announcing the same.

We will soon see Kamal Haasan in Indian 2, one of the most ambitious films of his career. This has created a lot of buzz among fans as the film marks the return of iconic vigilante Senapathy. Now, in an exciting development, the veteran actor has returned to work on the biggie. He joined the set on Thursday, September 22 and shared photos from the location. Indian 2 is an action thriller film directed by S Shankar.

THIS IS INDIAN 2-STROKE FOR KAMAL HAASAN

Kamal Hasan, who scored a big hit with Vikram, joined the set of Indian 2 on September 22. He shared some photos from the shoots. In them he is seen with Shankar. The two seem to be in the middle of a discussion.

Indian 2, a sequel to the 1996 classic of the same name, stars Kamal Haasan as an elderly freedom fighter who decides to wage a war against corruption. The film, like the first installment, is likely to have a strong message. Indian 2 stars Kajal Aggarwal as the leading lady. This will mark the Mersal actress’ first collaboration with the Ulaganayagan.

The cast of the film includes Rakul Preet Singh, Priya Bhavani Shankar and Siddharth. Writer B Jeyamohan recently stated that Indian 2 should be three hours and 10 minutes long. If things go according to plan, this will be the longest film of Shankar’s career. Its music is composed by Anirudh Ravichander, who previously collaborated with Kamal Haasan for Vikram. Indian 2 is produced by Subaskaran Allirajah and Udhayanidhi Stalin.