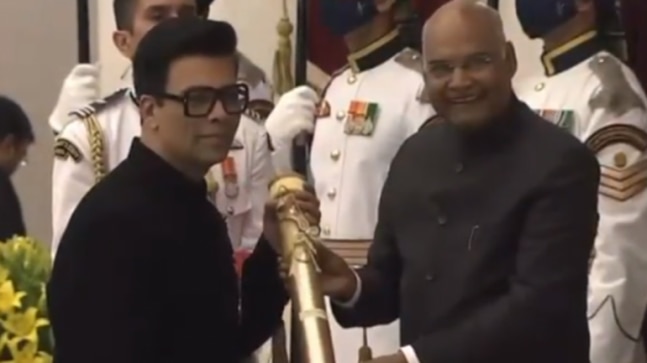 Karan Johar received today, November 8, the fourth highest civilian honor, the Padma Shri Prize, for his contribution to the performing arts. President Ram Nath Kovind presented the award to the filmmaker at the Rashtrapati Bhavan in New Delhi.

Karan Johar took to Twitter to share his feelings about the Padma Shri Award being awarded in 2020. He wrote: “It’s not very often that I’m at a loss for words, but it’s here. one of those occasions… The PadmaShri. Such an honor to receive one of the country’s civilian awards. Overwhelmed by so many emotions right now. Humble, elated and also grateful to have the opportunity to live my dream every day. day, to create and entertain. I know my dad would be proud and I would like him to be there to share this moment with me. # blessed (sic). “

Besides Karan Johar, producer Ekta Kapoor, musician Adnan Sami, actress Kangana Ranaut and singer SP Balasubrahmanyam, who will receive the Padma Vibhushan posthumously, are among the list of laureates of the film fraternity.

“Belfast” has Oscar bait written all over it