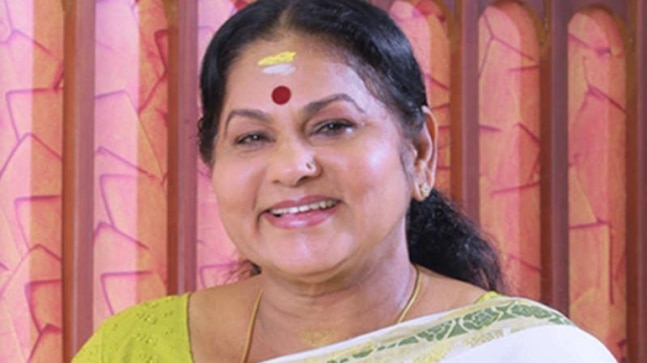 KPAC veteran actress Lalitha breathed her last on February 22 in Thirupunithura, Kerala. She was 74 years old.

Legendary Malayalam-Tamil actress KPAC Lalitha breathed her last on the night of February 22. She was 74 years old. According to reports, she had been undergoing treatment for age-related illnesses for a few months. She is said to have recently been discharged from a hospital and taken back to her son Siddharth (actor and director) residence in Kochi. She will be cremated at her residence in Wadakkancherry on February 23.

KPAC LALITHA PASSES AWAY IN KOCHI

KPAC Lalitha was one of the most famous actors in the Malayalam film industry. She died on February 22 at her son’s home in Kochi. The actress has suffered from numerous health problems in recent months.

She is survived by her daughter Sreekutty and her son Siddharth, who is himself an actor and director. The mortal remains of KPAC Lalitha will be kept at her home in Thirupunithura where the public can pay their respects from 8 a.m. Later, his remains will be taken to Thrissur. She will be cremated at her home in Wadakkancherry today, February 23.

ALL ABOUT KPAC LALITHA

KPAC Lalitha was born as Maheshwariamma on February 25, 1947 at Ramapuram in Alappuzha district of Kerala. Before making her film debut, Lalitha tried her luck in the theater and proved herself as an actress. So far, she had been part of more than 550 films in multiple languages, mostly in Malayalam.

She had won two National Best Supporting Actor Awards and four State Awards for Outstanding Performance. Lalitha debuted with Kootukudambam, which is a film adaptation of the play of the same name that she was a part of.