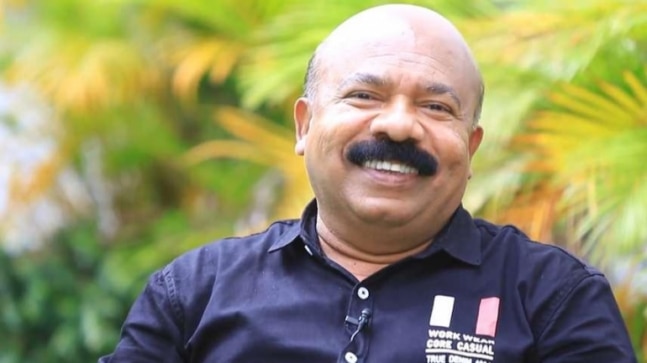 Popular actor Kottayam Pradeep breathed his last on February 17 after suffering a heart attack. He was 61 years old.

Kottayam Pradeep breathed his last on February 17 after suffering a heart attack.

Popular Malayalam actor Pradeep KR affectionately known as Kottayam Pradeep died on Thursday February 17 after suffering a heart attack. He was 61 years old. The sudden passing of Kottayam Pradeep has sent shock waves through the Malayalam film industry. He is survived by his wife Maya and his two children. Prithviraj Sukumaran took to social media to pay his last respects.

Pradeep suffered a massive heart attack and breathed his last in Kottayam, Kerala. More details regarding his final rites will be released in the coming hours. Soon, fans and celebrities took to Twitter to pay their respects.

Pradeep started his acting career in 2001. He was 40 years old then. Initially, he played comedic roles in films. So far, he had acted in 70 films. His first breakthrough was in director IV Sasi’s Ee Nadu Enale Vare. Her brief role in director Gautham Menon’s Vinnaithaandi Varuvaaya was highly praised.