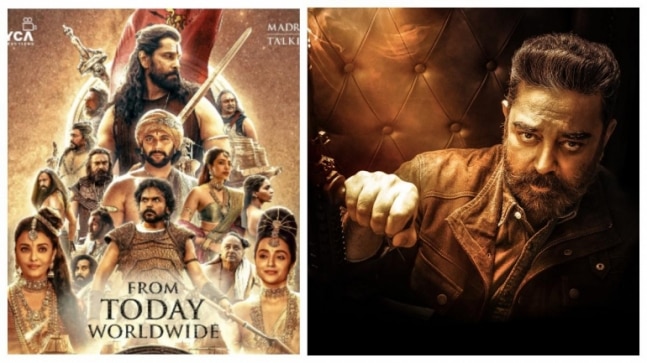 Director Mani Ratnam’s Ponniyin Selvan: Part 1 has overtaken Kamal Haasan’s Vikram in the UK. The film is doing well at the box office.

Ponniyin Selvan of Mani Ratnam defeats Vikram of Kamal Haasan in the UK.

Director Mani Ratnam’s Ponniyin Selvan, which hit theaters on September 30, is doing well at the box office. The film broke several box office records. According to trade reports, Ponniyin Selvan has overtaken Kamal Haasan’s Vikram in the UK. The star-studded film is likely to make Rs 500-550 crore over its lifetime.

Ponniyin Selvan is based on a popular Tamil literary novel, written by Kalki Krishnamurthy. The film’s screenplay is written by Mani Ratnam and Elango Kumaravel. Aishwarya Rai Bachchan, Chiyaan Vikram, Trisha, Jayam Ravi and Karthi play the main roles. The second part of the film will be released in six to nine months after the release of the first part. Composer AR Rahman, cinematographer Ravi Varman and editor Sreekar Prasad form the technical team.

The best new movies and shows on Netflix today: October 3, 2022