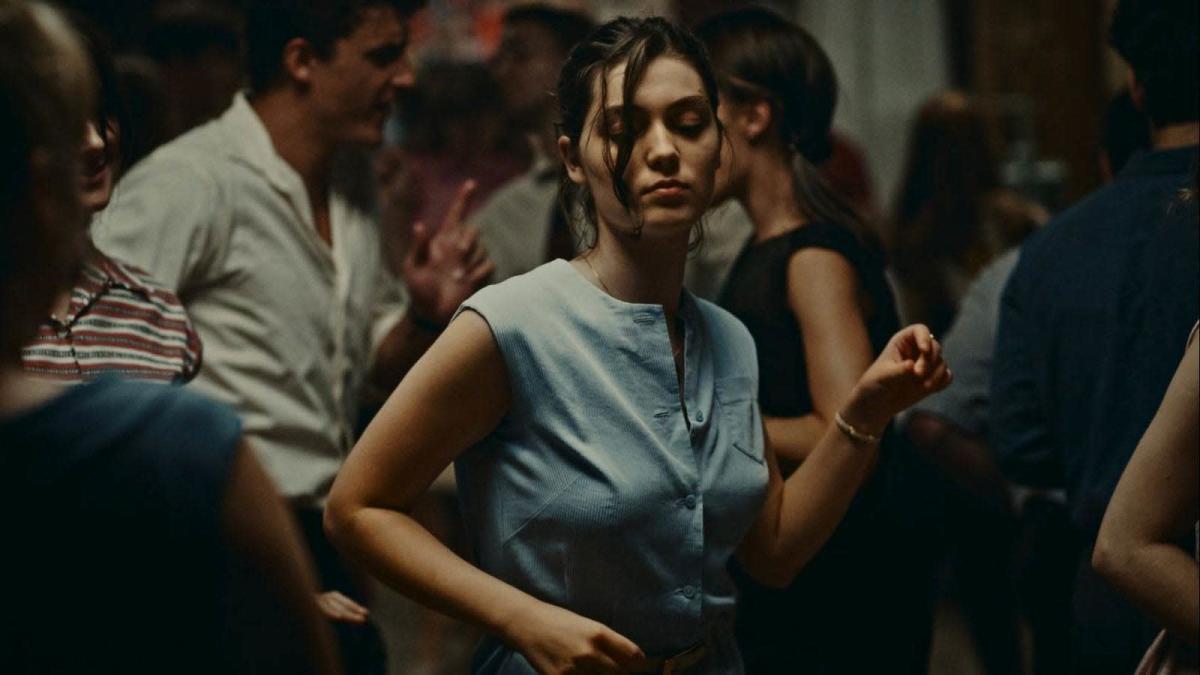 Audrey Diwan had recently had an abortion when she first read Annie Ernaux’s “Happening,” a semi-autobiographical novel about the author’s experience trying to get an abortion in 1963, when the procedure was still in progress. illegal in his native France.

Diwan, who is also French, was struck by the differences between her experience and that of Ernaux half a century apart, and felt compelled to adapt the book into a feature film.

“A medical abortion is based on a routine: more or less, the woman knows what will happen to her,” explains the filmmaker. But for women like Ernaux, having a clandestine abortion is full of risks: “Are these (people) that Anne meets going to help her or denounce her? Will she get out of it, end up in prison or die?”

‘Happening,’ which hits theaters later this year, played this month Virtual Sundance Film Festival, after winning first prize at the Venice Film Festival last September. The French-language drama is one of the few films at Sundance to focus on the subjects of abortion and reproductive rights, screening for audiences as a decision which could effectively reverse Roe v. wade sits before the Supreme Court.

Sundance Film Festival: Ranking all the best movies we’ve seen, including “Am I OK?”

“Call Jane,” starring Elizabeth Banks and Sigourney Weaver, is an upbeat fictional drama about the real-life Jane Collective, an underground network in 1960s Chicago that helped women obtain safe abortions in the years before Roe’s death. v. Wade in 1973. HBO’s “The Janes” explores the same subject but in documentary form, using archival footage and interviews to tell the story of the secret organization.

These films arrive alongside “Midwives,” a documentary detailing the struggles of two women who run a makeshift medical clinic in western Myanmar, and “Nothing compares,” which delves into the life and activism of musician Sinead O’Connor, a vocal advocate for abortion rights.

All of these films are made by women.

“What’s really wonderful is that we’re seeing more female directors in the industry in general,” says Tonya Lewis Lee, co-director of the documentary “Aftershock.” “And as we see more women making films, we’ll see more films about these issues.”

“Aftershock” is a harrowing investigation into the maternal mortality crisis and how it disproportionately affects black women. According to the CDC, Black women are three times more likely to die of pregnancy-related causes than white women. The documentary examines how structural racism in the healthcare system contributes to these deaths, illustrating how the concerns of black patients are often taken less seriously. The film posits that women of color are treated as “guinea pigs” in the hospital system: frequently assigned to doctors-in-training and with less access to quality 24-hour care. Black women too have higher C-section rates than white mothers, even in low-risk situations.

“The narrative has been that black women are dying from complications in childbirth because they don’t take care of themselves: they’re obese, they’re in poverty, they don’t seek prenatal care,” says Lee. “Therefore, it’s not considered a crisis of our system. So we wanted to show people who were really behind the stats.”

“Aftershock” is rooted in the stories of two black women, Shamony Gibson and Amber Rose Isaac, who died after giving birth, and emotionally follows their families as they speak of preventable maternal deaths. But the film also aims to offer solutions, from training on implicit biases in hospitals to expanding the use of midwives and birthing centers that encourage natural childbirth.

“We want people to know this is a solvable crisis,” says co-director Paula Eiselt.

“Happening” and “Call Jane” also hope to spark conversations about reproductive rights, months after a Texas law took effect that bans abortions after six weeks of pregnancy, before many even knew that they are pregnant. Most women begin to experience pregnancy symptoms when they five to eight weeks pregnant, according to a study published in the Journal of Clinical Epidemiology.

Both dramas detail the legal and physical dangers faced by women forced to have street abortions. In “Call Jane”, a serious heart condition puts housewife Jane (Banks) at high risk of dying during childbirth. But a council of doctors – all men – refuse to grant her an abortion and Jane considers throwing herself down the stairs, before discovering the Jane Collective.

“Happening,” meanwhile, follows a smart young college student named Anne (Anamaria Vartolomei), who must choose between single motherhood and furthering her education. With a bright future ahead of her, Anne desperately seeks an illegal abortion, but finds herself increasingly alienated by unwilling doctors, friends, and romantic partners.

“Abortion laws instrumentalize silence,” says Diwan. “Women keep quiet because they feel a form of social shame. And many of those who are against abortion don’t really know what clandestine (abortion) travel, violence (and) loneliness is.”

With this new harvest of films on the subject, “I look forward to how our films can advance the debate. It seems to me that this is, among other things, the vocation of art.”

Samantha falls while skiing in Switzerland, shares her experience