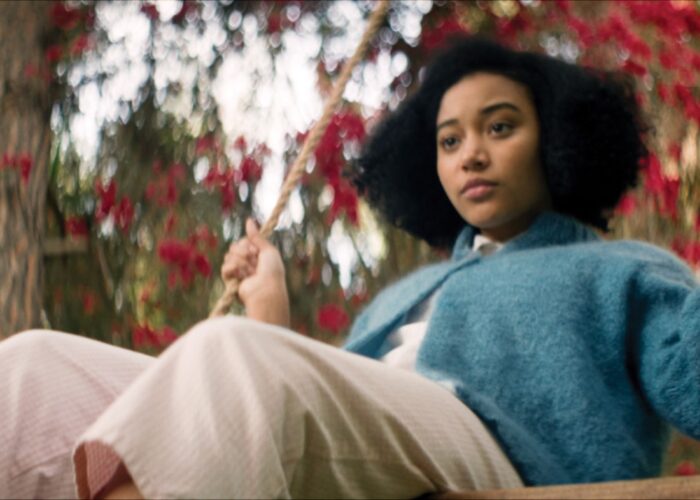 Among the works at this year’s San Francisco Jewish Film Festival, two straddle the line between documentary and storytelling.

“Remember This” stars San Francisco native David Strathairn as Karski, whose role during the war was to witness Nazi atrocities and report what he saw to the Polish government in exile, to allied diplomats and world leaders. Directors Derek Goldman and Jeff Hutchens adapted Goldman and Clark Young’s play, a one-man show, into a fully cinematic experience through black-and-white cinematography, sound design and editing.

In “My Name Is Andrea,” Parmar, who will receive the MVFF Mind the Gap award at the upcoming Mill Valley Film Festival, marries archival footage of Dworkin with portrayals of her by actors Amandla Stenberg, Soko, Andrea Riseborough, Ashley Judd and Christine Lahti. In life, Dworkin was often portrayed as a misandrist, but this was not the person Parmar discovered in Dworkin’s writings. The filmmaker sought to present a faithful portrait.

“The dramatizations are scripted using Dworkin’s words in the way she spoke about her own experiences, her own life and her own thinking,” Parmar said in a video interview.

“It was important to me. There was also a certain freedom in the fact that she was no longer with us because it allowed me to think of different ways to tell her story.

Among the creators of “Remember This” and its star, the term “hybrid documentary” is debated. The piece was originally an ensemble piece, written to celebrate Karski’s centennial in 2014 at Georgetown University, where he taught for decades. Strathairn has played Karski from the start, and in the solo show takes on multiple roles, from brutal Nazis to President Franklin Roosevelt.

“I think the movie defies easy categorization,” Goldman said. “For me, it’s more of a narrative film. … I think it could be argued that this is a documentary play. Because for me, documentary theater is woven from archival materials, and that’s how the play was constructed.

Hutchens makes his directorial debut with “Remember This,” but he’s a veteran of documentary filmmaking and he, too, has trouble with the “hybrid documentary” designation.

“I consider it more of a scripted play,” he said. “Even though it tells an incredibly solid true story, it’s still pretty heavily structured.”

Strathairn became familiar with Karski when he saw his testimony in “Shoah,” Claude Lanzmann’s 1985 9.5-hour Holocaust documentary. Karski made an indelible impression then, and Strathairn has since passed close a decade developing the character. For him, “hybrid documentary” is a fair assessment.

“It’s a dramatization of real events and what he says is taken from his lectures and his book, ‘History of a Secret State,'” Strathairn said. “There’s nothing we’ve reconfigured in the room.”

“There is nothing, really, that is not real. The only thing that is, is me; I am not him. But all I’m saying is Karski.

“Remember This” and “My Name Is Andrea” have more than the “hybrid documentary” label in common. Both films are historical but make connections to our own time. This is explicit in “My Name Is Andrea”, where among archival footage of civil rights protests, anti-Vietnam war actions and women’s liberation marches, Parmar interweaves images of the #MeToo movement. and contemporary manifestations of violence against women.

“I was really interested in making a film that speaks to our time, especially in terms of what’s happening to women, the war against women, the genocide of women, the attempts all over the world and in different states to control the condition of women’s bodies,” she said.

“These are all themes rooted in the life and writings of Andrea Dworkin. I knew I wanted to make a film that speaks to us and that will be useful to us at this time.

The connection to our time is more implicit in “Remember This”. The movie is ended with questions that haunted Karski about life in turbulent times and a person’s responsibility. What can an individual do? What is our duty as citizens? Do we even know what we are capable of?

“We just continued to be struck at every step for eight years by how Karski’s story immediately and viscerally resonates in different ways around our moment,” Goldman said. “Karski’s story ends up being so much about the power of truth in a climate of misinformation.”

“It’s something that Clark Young, Derek and I decided was essential – the prologue and the epilogue of the play, so that the audience could make a connection between then and what is happening in the world today. “, added Strathairn.

“How he speaks in the moment now just by what he has done and his testimony could give anyone the inspiration and motivation to testify to critical things that are quite urgent today.”