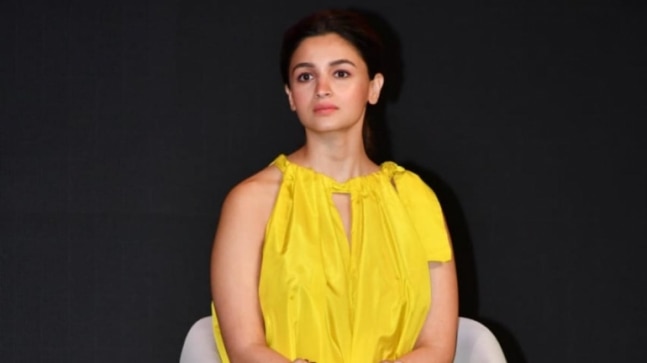 Not Ranbir Kapoor, but THESE people are Alia Bhatt’s darlings

Ranbir Kapoor is not Alia Bhatt’s darling. During the launch of the trailer for her film, the actress revealed the name of her darling.

THESE people are Alia Bhatt’s darlings.

Alia Bhatt is preparing for the release of her next film, Darlings. With this film, the actress also turned into a producer. Also starring Shefali Shah and Vijay Varma, Darlings is produced by Alia’s Eternal Sunshine Productions and Shah Rukh Khan’s Red Chillies Entertainment. Today [July 25], the Darlings trailer was released and it received a good response from the masses. At the trailer launch for the film, held in Mumbai, Alia Bhatt was asked to name her ‘sweetheart’. In response to this, Alia did not name her husband Ranbir Kapoor.

During the Darlings trailer launch, Neha Dhupia Bedi asked Alia to name her sweetheart. To which, the actress said, “Who’s my sweetheart? Okay, so the media is my sweetheart. All the paparazzi are number one, then everyone else.” The actress also revealed how Shah Rukh Khan reacted after watching Darlings. “Recently he [Shah Rukh Khan] saw the movie and he messaged me in typical Darlings lingo, Thank you Darlings for making this movie,” Alia revealed.

Speaking of Darlings, he has a unique take on domestic violence. The film is the unique story of an eccentric mother-daughter duo navigating crazy circumstances as they try to find their place in the world. Darlings is set to premiere August 5 on Netflix.

Following the release of Darlings, Alia will be seen sharing screen space with husband Ranbir Kapoor. They will be seen together in Brahmastra. The actress plays the role of Isha in the film, while Ranbir plays Shiva. Directed by Ayan Mukerji, Brahmastra will be released on September 9, 2022. Alia also has Rocky Aur Rani Ki Prem Kahani and Heart Of Stone lined up.

Marvel’s Phase Five: A Guide to All the New Movies and TV Shows