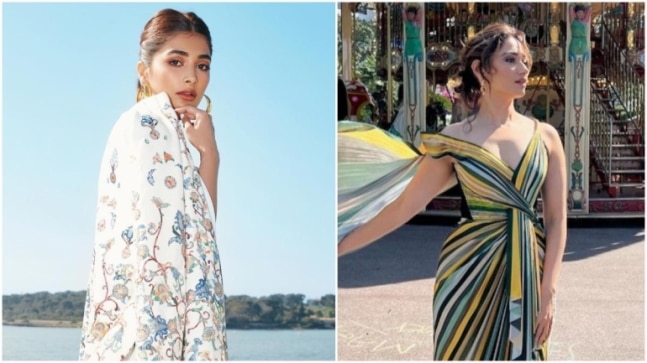 Meanwhile, Tamannaah Bhatia only had to strike a very Bollywood pose with a flowing saree and all. Are you thinking Chandni or Yash Chopra? We are.

INAUGURATION OF THE INDIA PAVILION IN CANNES

Meanwhile, Cannes’ Marche’ Du Film celebrates India as its “Official Country of Honor” this year. The Special India Pavilion was inaugurated on May 18 in the presence of Union Minister for I&B, Youth and Sports, Anurag Thakur, Deepika Padukone, AR Rahman, Shekhar Kapur, Pooja and Tamannaah among others . During the inauguration, Deepika Padukone said: “India is on the cusp of greatness, this is just the beginning…there will come a day, I truly believe, when India will not have not to be in Cannes, but Cannes will be in India.”

Cannes 2022 is also significant for R Madhavan. The actor is making his directorial debut on a gigantic scale. His next film, Rocketry: The Nambi Effect is heading for a world premiere at the Cannes Film Festival on May 19, and the actor is also representing India on the prestigious platform.

Speaking at the inaugural ceremony, the actor said: “I can’t begin to explain the amount of nervousness I feel. The only thing that gets me through this thought is the fact that I’m going back to remember why I started this journey. It’s because we all heard a story that we really wanted to tell, the story of a man whose accomplishments moved us and that the world didn’t know about. is the only truth and strength I have today.Rocketry: The Nambi Effect is based on the life of Nambi Narayanan, a former Indian scientist and aerospace engineer with the Indian Space Research Organization (ISRO).

Tamannaah Bhatia, who is making her Cannes debut, “It’s my Cannes Film Festival debut, so I’m super super excited. I think some of life’s greatest opportunities have come when I’m not prepared for them. Whether it was a film like Baahubali, which changed the way films are seen in India today. It opened the window for Pan India films. India has contributed so much to cinema and after 75 years, this collaboration is truly iconic, Deepika being part of the jury makes me proud, you are an inspiration to actors like me, says Tamannaah.

The poster for the 53rd International Indian Film Festival was also unveiled during the inaugural ceremony. The IFFI will be held in Goa this year. Union Minister Anurag Thakur also invited Cannes to IFFI Goa this year.