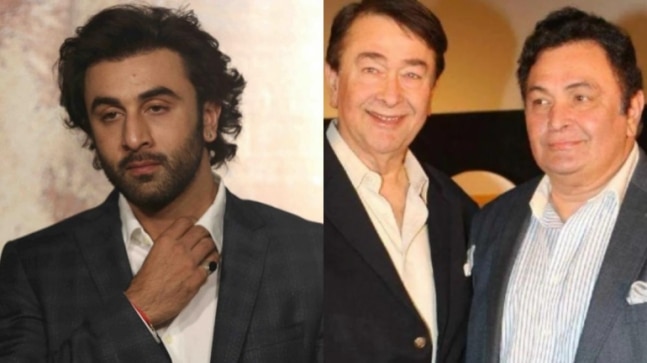 Ranbir Kapoor recently revealed that his uncle Randhir Kapoor was in the early stages of dementia. The actor also mentioned what his uncle asked him after watching Rishi Kapoor’s latest film, Sharmaji Namkeen.

Ranbir Kapoor had recently promoted his father Rishi Kapoor’s latest film, Sharmaji Namkeen. In various interviews, Ranbir became emotional when remembering his late father Rishi. In one of his interviews, the Brahmastra actor revealed that his uncle Randhir Kapoor suffered from dementia. The actor also revealed what his uncle asked him about Rishi Kapoor after watching Sharmaji Namkeen.

In an interview with NDTV, Ranbir Kapoor confirmed his uncle’s illness while promoting his father’s posthumous release. “My uncle Randhir Kapoor, who is going through an early stage of dementia, came to see me after the movie [Sharmaji Namkeen], said, ‘Tell dad he’s amazing, and where is he, let’s call him. Art crosses the boundaries of medical conditions and good storytelling really embodies that,” Ranbir said.

A SPECIAL TRIBUTE TO RISHI KAPOOR