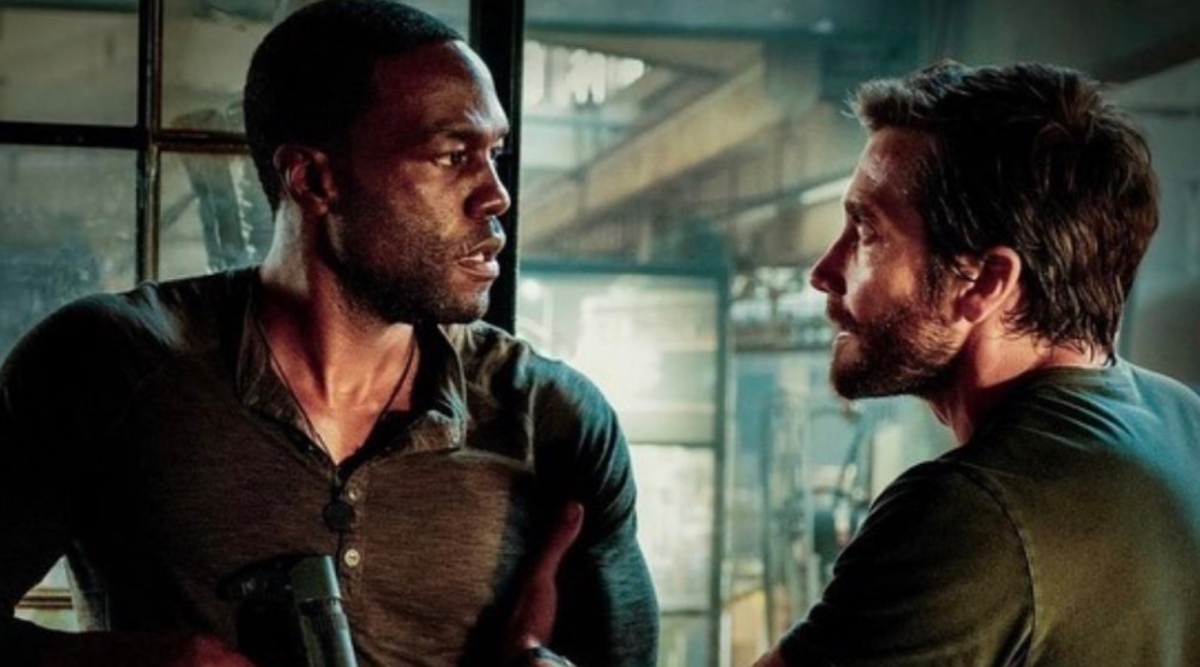 Release schedule for April 8, and where to watch the latest movies

Products featured are independently selected by our editorial team and we may earn a commission on purchases made from our links.

As theaters begin to show signs of life and Diffusion and VOD options remain cumbersome, there are more movies (and platforms to watch them) than ever before to browse, and IndieWire is here to help you do just that every week.

Prepare for major creative dissonance at the multiplex this weekend, as the first full week of April brings moviegoers everything from Andrea Arnold’s deeply empathetic documentary about the life of a single dairy cow to a seemingly dissecting straight from the rise of Celine Dion (sort of) to a new high-octane joint from Michael Bay and the second “Sonic the Hedgehog” movie. While we’re hesitant to use the word “variety” to simplify the wacky depth and breadth of this week’s new releases, whether the shoe fits, etc.

Is there something for everyone in this somewhat random stew of hit bombs and more creatively concocted arthouse offerings? Sure! And there’s doubly something for people who love a) semi-biopics that feature the same star playing the lead role from infant to adult and b) Jake Gyllenhaal goes absolutely nuts during the most ill-planned heist. in the world. Those people are eating really well this week.

Every movie is now available in a theater near you or in the comfort of your own home (or, in some cases, both, the convenience of it all). Browse your options below.

As new films open in theaters during the COVID-19 pandemic, IndieWire will continue to review them whenever possible. We encourage readers to follow the safety precautions provided by CDC and health authorities. Additionally, our coverage will provide alternative viewing options whenever available.

There’s nothing quite as tired as the Hollywood biopic, but “Aline” isn’t a conventional biopic. If the film does not hide that it is inspired by the life of Celine Dion, the greatest singer since Barbra Streisand and pride and joy of Quebec, there is a very thin layer of distance between the events of the film and the life of Dio. Although it can sometimes read like a Wikipedia entry, writer, director and star Valérie Lemercier’s effort to fictionalize as much as possible can be attributed to one thing: respect. Renaming the singer Aline Dieu and embodying the character herself (through, yes, all age), Lemercier grounds the larger-than-life diva with a local quirkiness that feels true to life, even if we don’t to know how true. Surprisingly funny, well-acted and a bit quirky, “Aline” is as deliciously wacky as its monumental subject. Read the full IndieWire review.

“All the Old Knives” (directed by Janus Metz)
Distributer: Amazon
Where to find it: Select cinemas, plus streaming on Amazon Prime Video

In Janus Metz’s spy thriller “All the Old Knives” – the kind of old-school spy drama that studios, sadly, aren’t making these days – author Olen Steinhauer adapts his own novel into an elegant and cerebral release for a decidedly adult audience. Part ticking thriller, part intense chamber drama, “All the Old Knives” cleverly combines two subgenres into one satisfying outing, with some big ethical questions lingering long after the credits roll. Most uplifting, though: the genuine warmth stars Chris Pine and Thandiwe Newton generate as Henry and Celia, two intelligent adults unafraid of their carnal desires. To see! A real movie for adults! Read the full IndieWire review.

“Ambulance” (directed by Michael Bay)
Distributer: Universal images
Where to find it: Theaters

“Cow” opens with a close-up of a slimy calf ripped from the vaginal canal and follows her through her lonely and difficult existence. The small miracle of director Andrea Arnold’s experiential documentary is that it states its simple premise in simple terms, but stitches them together into one big, deep picture. His subject, a dairy cow named Luma, grows up under the tutelage of farmers who seem, for all intents and purposes, to look out for his best interests. However, with Arnold centralizing his subject’s gaze, even their benevolent background roles are called into question. As Luma endures the monotony of his routine, “Cow” turns into a moving, often sad contemplation of a depleted life. Read the full IndieWire review.

“Sonic the Hedgehog 2” (directed by Jeff Fowler)
Distributer: Paramount Pictures
Where to find it: Theaters

“Sonic the Hedgehog 2” – or “Sonic 2 the Hedgehog” as its title suggests – is perhaps the most accurate video game adaptation ever made to film. Not because it captures the thrill of speeding through exotic locales, or even the curiosity of turning a corner and discovering an open world. Rather, it recreates the sensation of walking towards a waiting non-player character, breathing heavily as it anticipates the start of a conversation consisting of two or three pre-arranged lines. His character designs faithfully reflect those lifeless NPC looks meant to give the vague appearance of humanity. Read the full IndieWire review.

“Babi Yar. Background” (directed by Sergei Loznitsa)
Where to find it: Select theaters

“Ride Till I Die” (directed by Tony Rammos)
Distributer: Gravitas Ventures
Where to find it: Select cinemas, as well as various VOD and digital platforms

New movies on VOD and streaming, including premium platforms

“Metal Lords” (directed by Peter Sollett)
Distributer: netflix
Where to find it: Streaming on Netflix

A high school comedy about an Ozzy-obsessed outcast who forces his only friend to form a post-death metal duo called SkullFucker in order to win the battle of the bands (and prove his worth to all the popular kids in their suburb of Portland), Peter Sollett’s “Metal Lords” is small and uneven, even by the standards of a throwaway Netflix movie that feels like it’s already been forgotten to you. Screenwriter DB Weiss may be a bona fide lead who spent most of his career trying to bring SkullFucker to the screen – the ‘Game of Thrones’ co-creator started buying the script before setting foot in Westeros – but most of the story beats in this all-too-familiar coming-of-age saga are as metallic as the Imagine Dragons cover that SkullFucker’s rivals smash in the showdown. decisive. Read the full IndieWire review.

“Minamata” (directed by Andrew Levitas)
Distributer: Films by Samuel Goldwyn
Where to find it: Various VOD and digital platforms

Some stories of real-life heroism beg to be told, while films like “Minamata” fall victim to good intentions. Director Andrew Levitas’ mopey drama chronicles war photographer W. Eugene Smith’s seminal exposure of mercury poisoning in the eponymous Japanese fishing village, and this 1972 photo essay certainly deserves a feature film. However, it doesn’t benefit from a haggard Johnny Depp as Smith, growling through half-hearted impersonation as the film dials the maudlin. Here and there, “Minamata” tells a bracing tale of corporate misdeeds and advocacy for the underclass, but not even the occasional poignant observation can save a film that tries so hard to tug on every heartstring at its provision. Read the full IndieWire review.

“Return to Space” (directed by Jimmy Chin and Elizabeth Chai Vasarhelyi)
Distributer: netflix
Where to find it: Streaming on Netflix

A boring, airless Netflix documentary by an Oscar-winning duo whose brilliant films about the ups and downs of human exploration (“Meru,” “Free Solo,” and “The Rescue”) shook the heart in your throat the intensity of riding a rickety wooden roller coaster, Jimmy Chin and E. Chai Vasarhelyi’s “Return to Space” renders Elon Musk’s mission to Mars with all the rigor and excitement of a two-hour infomercial for SpaceX . While I can’t say how this project came about or what it hoped to serve, “Return to Earth” reeks of sponsored content so strongly that it doesn’t matter who actually footed the bill. Read the full IndieWire review.

Discover more movies to watch on the next page.