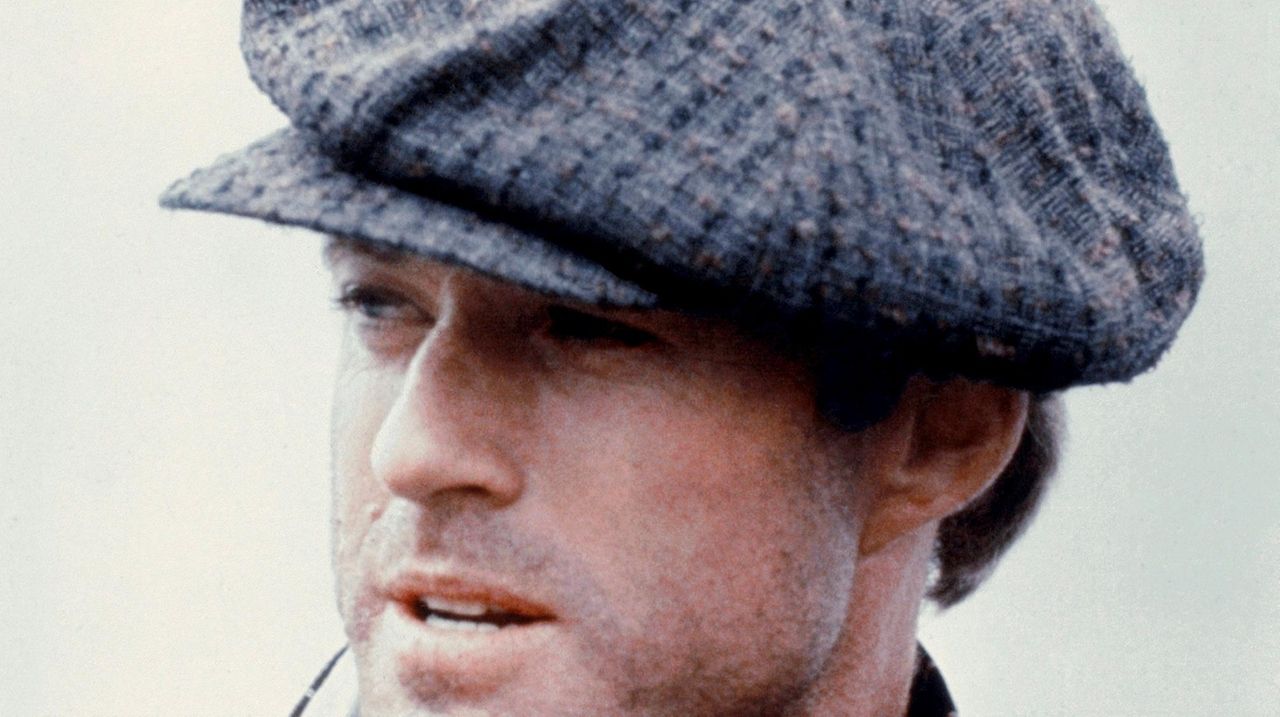 “Catchy and positive” is how Robert Redford described his next and final film, “The Old Man and the Gun”. It features Redford as Forest Tucker, a real career criminal who continued to rob banks even until his late 70s. Redford, who turned 82 in August, revealed two years ago that “The Old Man and The Gun,” which hits theaters on Friday, September 28, will mark his retirement from acting.

It’s hard to imagine the big screen without Redford – after all, he’s been there for almost 60 years. Although endowed with a morning idol look and a dazzling smile, Redford has spent his career playing a wide range of roles, from figures of the Wild West to contemporary journalists. In the 1980s he turned to directing and found success there as well, winning an Oscar for his moving debut, “Ordinary People.”

For older generations, Redford is one of Hollywood’s last real stars, although younger generations may know him better as the patron saint of independent filmmakers thanks to his Sundance Institute and Sundance Film Festival. On the eve of Redford’s final role, here are 20 films that shaped and defined his remarkable career – both as an actor and as a director.

Bare feet in the park (1967) This adaptation of Neil Simon brought Redford out of the Broadway production as Paul, a stuck lawyer who has just married free spirit Corie (Jane Fonda). It’s pretty cutesy, but young stars have irresistible chemistry.

Butch Cassidy and the Sundance Kid (1969) As mischievous outlaws in the title, Paul Newman and Redford set a standard for boyfriend jokes and bromantic chemistry. Gibson-Glover, Clooney-Pitt and many other film duos would follow their lead. It is also the film which inspired the name of the famous film institute of Redford, Sundance.

The candidate (1972) The poster shows Redford as a casual politician blowing a bubble gum – but it’s not a comedy. Written by former speechwriter Eugene McCarthy, “The Candidate” is a gripping drama about high ideals and harsh reality. To be reviewed every four years.

Jeremiah Johnson (1972) In one of his early collaborations with director Sydney Pollack, Redford played the legendary Highlander of the 1800s. The film was a major success and helped establish the rugged, outdoor image to which Redford would return. often during his career.

Get the latest news on celebrities, TV and more.

The bite (1973) The Newman-Redford team returned as the con artist in 1936. The film was a smash hit – the 20th highest grossing of all time, inflation adjusted – and won seven Oscars .

The way we were (1973) Barbra Streisand plays a Jewish activist who falls in love with Redford’s carefree WASP in this heartbreaking romance. The title song schmaltzy suggests a melodrama, but it’s actually a clever, grown-up film about adult issues. A highlight for the two stars.

Gatsby the magnificent (1974) Jack Clayton’s overhyped version of F. Scott Fitzgerald’s novel turned out to be a critical and commercial misfire, but it’s a fairly sensitive read that looks much better today. Redford runs a nice cast (Bruce Dern, Mia Farrow) as the charmed but cursed Gatsby.

The three days of the condor (1975) A bookish CIA researcher (Redford) is embroiled in a murderous plot within the agency and, in desperation, turns to a stranger (Faye Dunaway) for help. Pollack’s crisp directing and Redford’s serious performance make “Condor” one of the quintessential paranoid thrillers.

All the president’s men (1976) Two Washington Post members Bob Woodward (a cool, confident Redford) and Carl Bernstein (a dyspeptic Dustin Hoffman) bring down President Richard Nixon. Not even an Oscar nod to Redford, but it remains the definitive Watergate film and a classic ’70s cinema.

The electric rider (1979) Another Redford-Fonda collaboration, with a slightly wacky premise: Redford plays a former rodeo champion and breakfast cereal spokesperson who runs off with the company horse. Critics shrugged, but moviegoers made it a $ 61 million hit.

Brubaker (1980) In an Arkansas prison, the new warden (Redford) goes undercover as a convict to find evidence of abuse, corruption and murder. Based on a true story, “Brubaker” marked a brutal and violent start for its blonde-haired star.

Ordinary people (1980) For his directorial debut, Redford chose a story about a family struggling with death and suicide. Captivating performances by Donald Sutherland, Timothy Hutton and an unexpected Mary Tyler Moore made this film short for “heavy drama” and Redford won the Oscar for Directing – his only competitive Oscar.

Outside of Africa (1985) Another collaboration with director Pollack, and another of Redford’s biggest hits. It’s a radical romance about the woman who would become known as Isak Dinesen (Meryl Streep) and a free-spirited rancher (Redford). The film won seven Oscars, including Best Picture.

A river crosses it (1992) At the start of the 20th century, two brothers bond around their common love for fly fishing. Redford’s outdoor drama (which he directed) helped make Brad Pitt a star as Paul Maclean.

Quiz (1994) Redford made this gripping real-life rigged game show drama great entertainment, with excellent Ralph Fiennes as the conflicting candidate. It was a near-accident at the Oscars – four nods, no wins – but he holds a max score of 96% at RottenTomatoes.

The one who whispers in the ears of horses (1998) Redford’s story of a Montana horse trainer whose skills extend to women is so Redfordian (he directs himself in the title role) that it verges on a parody. Still, it became a major hit, and the term “whisperer” is a meme still in use today.

All is lost (2013) After a decade of low profile or so, Redford returned to the screens in this solo drama about a sailor adrift on a wrecked boat. His almost silent performance made “All is Lost” a critical darling and won Redford the New York Film Critics Circle Best Actor award.

Captain America: The Winter Soldier (2014) Redford in a Marvel movie? And play the scoundrel? As a member of the World Security Council Alexander Pierce, Redford ranks comic book material with a life of Hollywood glaze. Not a major role, but an unexpected and fun spin on a legend.

Truth (2015) Dan Rather’s career gained momentum after his botched “60 Minute” story about George W. Bush’s history with the Texas Air National Guard. On the positive side, he was immortalized in theaters by none other than Redford. James Vanderbilt’s drama may not reach the heights of “All the President’s Men,” but it’s a great addition to the film’s journalism canon.