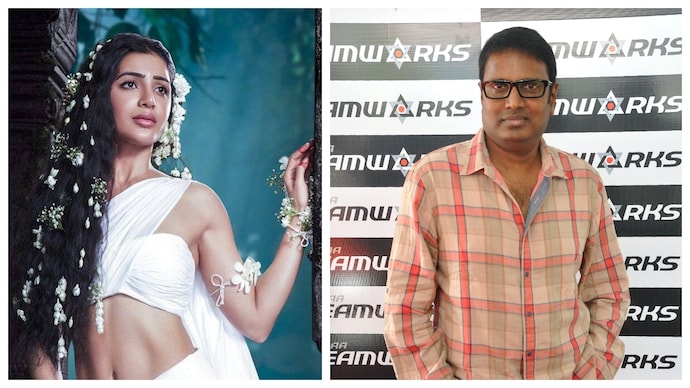 By Janani K.: Samantha, who plays the lead role in Shaakuntalam, is eagerly awaiting the release of the film. On September 13, director Gunsekhar took to Twitter to share an update regarding the film. The film, which has been in post-production for over a year, is set for a big release soon. Gunasekhar revealed that promotions for the movie will start soon.

In September, director Gunasekhar shared updates on two of his films – Hiranyakashyapa and Shaakuntalam. His note read, “As promised, before manifesting the spectacle of Narasimha’s avatar on the big screen in ‘Hiranyakshyapa’ which would be presented with exciting large-scale collaborations, I have decided to present you with a love story whimsical, ‘Shaakuntalam’ from the Mahabharata’s Adi Parva. Now, as it draws to a close, I look forward to meeting you at the promotions soon! – Gunasekhar (sic).”

Director Gunasekar’s Shaakuntalam is a mythological drama based on Kalidasa’s play Shakuntala. While Samantha plays the lead role, Dev Mohan will be seen as King Dushyanta. Mohan Babu, Gautami Tadimalla, Aditi Balan and Ananya Nagalla will star in prominent roles in the film. Produced by Gunaa Teamworks, Shaakuntalam is distributed by Dil Raju Productions.