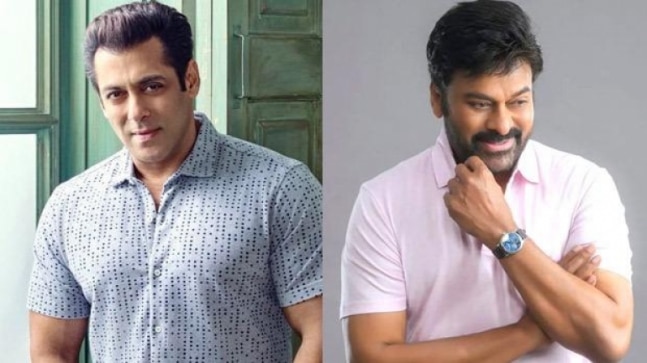 Salman Khan shares a great bond with Megastar Chiranjeevi. Now it’s time for them to join hands for a movie. Yes, you read that right! Salman will play a cameo role in Chiranjeevi’s upcoming film. Bhai is said to be part of director Mohan Raja’s godfather. Salman Khan and Chiranjeevi fans are already excited to see them on screen.

Megastar Chiranjeevi is currently filming for director Mohan Raja’s godfather, which is an official Telugu remake of the hit Malayalam film, Lucifer. Besides Godfather, he also has a slew of films in various stages of production.

Salman Khan, who was last seen in Antim: The Final Truth, will make an appearance in Megastar Chiranjeevi’s upcoming film. Soon, the creators will make a massive announcement that will set social media on fire. When Salman and Chiranjeevi join hands for a movie, it will be the greatest movie of them all.

Reports suggest that Salman Khan is part of Godfather. Official confirmation on this is awaited.

ABOUT THE FRIENDSHIP OF CHIRANJEEVI AND SALMAN KHAN

Salman Khan and Chiranjeevi have been good friends for several years. The Telugu superstar, in an old interview, revealed that their bond grew stronger while working on a commercial. Chiranjeevi told Hindustan Times: “His [Salman Khan] the hit of “Being Human” is so fitting. He is a very good human being, host and friend.”

Salman Khan and Megastar Chiranjeevi are two of the busiest stars in Indian cinema.