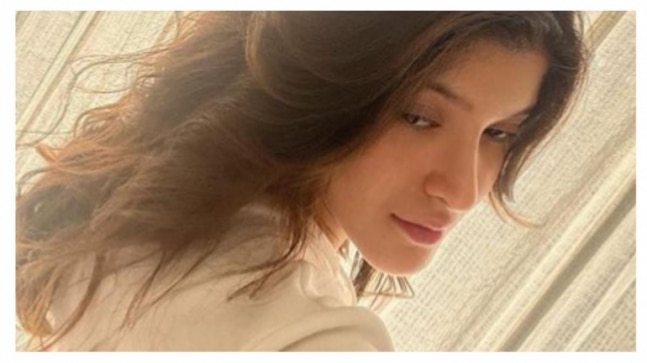 Shanaya Kapoor took to Instagram to give some insight into the things that make her happy. She will soon be making her big Bollywood debut.

Shanaya Kapoor is an avid social media user, who regularly shares her whereabouts with her fans and followers. Today, June 20, she dropped a few photos and videos, giving some insight into things that make her happy. Shanaya will soon make her Bollywood debut with Bedhadak.

When it comes to the simple pleasures in life, Shanaya Kapoor is like most of us. Good food, entertaining movies and our favorite hobbies make us and Shanaya happy. She took to Instagram to share a post, where she can be seen dancing, playing basketball, spending time with her pet, eating pasta, reading a book and enjoying a James Bond movie. “Happy times (sic),” she captioned her post.

Renowned filmmaker and producer, Karan Johar announced Bedhadak on his official Instagram account on March 3. The film will be directed by filmmaker Shashank Khaitan, who directed Dhadak. KJo introduced Lakshya Lalwani as Karan, Gurfateh Pirzada as Angad, and Shanaya Kapoor as Nimrit in Bedhadak.

Sharing Shanaya’s character poster as Nimrit, Karan wrote, “Introducing the beautiful @shanayakapoor02 as Nimrit in #Bedhadak. An enchanting force to watch, can’t wait to see the energy she brings to the screen! (sic).”

WHO IS SHANAYA KAPOOR?

Shanaya Kapoor is the daughter of Sanjay Kapoor and Maheep Kapoor. She worked as an assistant director for her cousin Janhvi Kapoor’s Netflix film, Gunjan Saxena: The Kargil Girl. The child star also made an appearance on the Netflix show The Fabulous Lives Of Bollywood Wives, which featured his mother Maheep Kapoor.