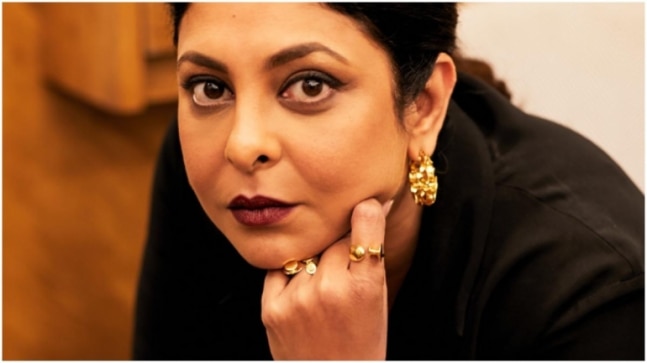 It’s been 27 years since actress Shefali Shah made her Bollywood debut as Aamir Khan, Urmila Matondkar and Jackie Shroff-star Rangeela. She portrayed the character of Mala Malhotra, who was said to have been inspired by the late actress Sridevi. Although she only had a few scenes in the 1995 film, Shefali is still remembered for her role. However, the actress didn’t seem thrilled when we reminded her of the film. In an interaction with IndiaToday.in Shefali revealed that the character didn’t turn out the way it did.

WHAT DID SHEFALI SHAH SAY ABOUT HIS CHARACTER IN RANGEELA?

Rangeela was directed by Ram Gopal Varma and was a major box office hit. After Rangeela, Shefali Shah played Pyari Mhatre in Satya for which she received the Star Screen Award for Best Supporting Actress. “It was because of Rangeela that Satya came,” Shefali said.

WHAT’S ON THE WORK FRONT?

Shefali Shah is currently promoting her upcoming web series, Human, which will premiere on Disney+ Hotstar on January 14. Led by Vipul Amrutlal Shah and Mozez Singh, the series also stars Vishal Jethwa, Kriti Kulhari and Ram Kapoor among others.

After almost 17 years, Shefali and her director husband Vipul Shah have collaborated together. Vipul directed his actress wife in Waqt: The Race Against Time, released in 2005. Speaking about working with her husband on the sets of Human, Shefali said, “He’s a very, very laid-back director and he’s always a pleasure to work with him. a director who understands that making a film or working for a show is a collaborative process. There is no dictatorship here and who understands that everyone has a very interesting role in the realization of this project. He respects what is truly amazing. I remember one of those scenes, he said to his AD team ‘who wants to direct that scene? He just let one of his ADs run the scene. So yeah, he’s a really cool director to work with.”

Shefali Shah will next be seen in Darlings, Doctor G and Jalsa, all of which are slated for release this year.