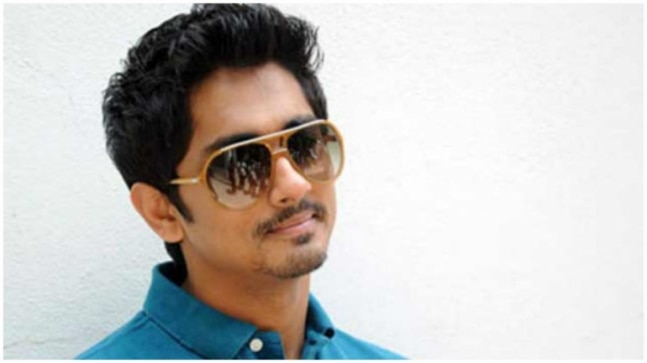 A Twitter exchange between Ajay Devgn and Kichha Sudeep recently kicked off the “language” debate. The North VS South debate has been going on for a very long time, and while cinema with its glorious numbers has managed to bridge the gap, such conversations seem endless. Rang De Basanti star Siddharth, who has worked in Hindi, Tamil and Telugu cinema, was not surprised by the debate.

Speaking exclusively to indiatoday.in, Siddharth said the debate was “motivated” and “unnecessary”. While talking about the language debate, Siddharth, who is gearing up for the release of Escaype Live, told India Today, “I think this is a very unnecessary situation that is being created to confuse people. Nothing in today’s world happens naturally by itself. Everything is motivated. So if you see this happening and trending, I promise someone is motivating it. Yeh jaanboojkar kia jaa raha hai.

The actor added, “I am an artist and I can proudly say that I speak Hindi better than many others in the Hindi film industry. All my scripts, in fact, are written in Devnagiri. I don’t like my Hindi script written in English which happens in most of Mumbai. And as for other languages, Tamil, Telugu, Malayalam, I try to speak any language like the locals speak.

Hi @KicchaSudeep, You are a friend. thanks for clearing up the misunderstanding. I have always considered the film industry as one. We respect all languages ​​and expect everyone to respect our language as well. Maybe something got lost in translation

Siddharth explained, “I’ve worked in Tamil films where I’ve played a Tamilian. I have worked in Telugu films. I also played a Bhagat Singh and a Karan Singhania. I now play a Kannadiga on Escapye Live. Many North Indians think that Kannada and Tamil are the same. No, different states have different languages. I learned Kannadiga for my character in Escaype Live because if I’m wrong, in the current system of instant justice on social media, Tamilians and Kannadigas are going to get pissed off. I need my two audiences to be happy.

Speaking about the stereotypes encountered earlier, Siddharth shared, “I feel that Hindi audiences who don’t know much about South Indians, jinko Mehmood jaise popular kalakaron ne bohut mazak udake, kaala hone pe, south india hone pe, Kaif cheezein ki hai, but that was a different time. I don’t blame anyone. The times have changed. People often tell me that my Hindi is very good. I am very proud to be able to communicate in several languages.

Before ending, he said, “I think language is a tool just like social media. If you use it wisely, it’s great, and if you abuse it, it will lead to such outdated threads.

“On the Count of Three” is a “suicidal comedy”