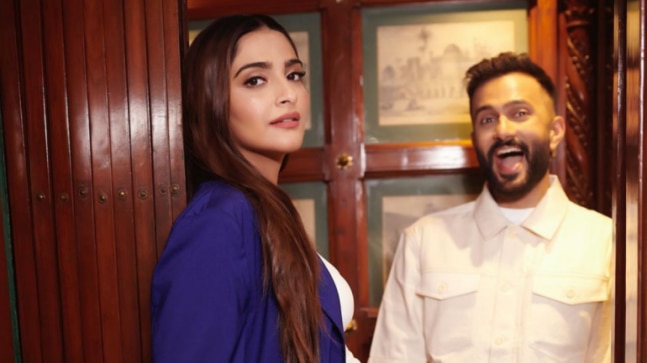 Sonam Kapoor has shared a happy photo with her “baby” Anand Ahuja. The duo is ready to welcome their first child in August 2022.

Sonam Kapoor will soon welcome her first child. The actress shared the happy news last month, and fans have been eagerly awaiting her delivery ever since. Now, a few weeks before the big day, Sonam is reunited with her “baby” AKA husband Anand Ahuja.

Sonam Kapoor shared an adorable snap with her husband Anand Ahuja on Instagram. The duo are ready to become parents soon. They made the big announcement on social media and shared photos from the maternity photo shoot.

Sharing a snap with her hubby, Sonam added a sticker that read, “My baby is here.” 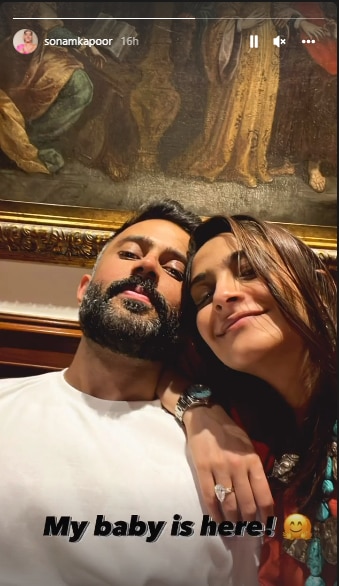 SONAM AND ANAND WILL SOON BE PARENTS

According to a report by Etimes, Sonam Kapoor Ahuja will welcome her first child in August this year. “Actually, she is four months pregnant. So she will give birth mostly in August 2022. She hasn’t been seen much lately and that was precisely the reason. Many friends and relatives had sensed it but she hasn’t confirmed with most of them, until today,” a source close to the Kapoor family said.

In film, Sonam Kapoor Ahuja was last seen in The Zoya Factor with Dulquer Salmaan. The actress played the role of Zoya, and Dulquer was considered her love interest.