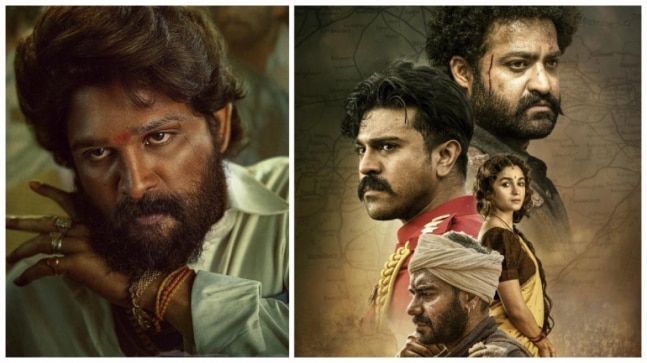 Telugu movies will stop shooting from August 1st. But why ?

The Telugu Producers Guild has announced that film shoots will be halted from August 1st until further notice. The association revealed that it was an attempt to “restructure the industry”. In the post-Covid era, producers face many issues ranging from budgeting to battling high ticket prices and the OTT boom. In this article, let us examine why the Telugu Producers Guild has decided to stop film shootings.

On July 26, the Producers Guild shared a statement that read, “Post-pandemic, with shifting revenues and rising costs, it has become important for producers to discuss all the issues we face. as a community of filmmakers. It is our responsibility to improve our ecosystem and ensure that we release our films in a healthy environment. In this regard, all Guild members have voluntarily decided to suspend filming from August 1, 2022 to discuss until we find workable resolutions.

THE COVID-19 PANDEMIC AND ITS EFFECT ON TOLLYWOOD

In 2020, all film industries were shut down for several months. In Tollywood, many movies, including RRR and Pushpa, have been postponed. The theater industry was hit hard and it took nearly two years for audiences to return to the big screens.

Thanks to blockbuster movies like Allu Arjun’s Pushpa: The Rise, Jr NTR-Ram Charan’s RRR, Yash’s KGF: Chapter 2 and Kamal Haasan’s Vikram which drew crowds to theaters. However, aside from these films, a large portion of the films failed to make an impact at the box office. Not to mention creating an impact, many films have failed to break even. Take, for example, the Acharya of Chiranjeevi. The Megastar movie, which also had Ram Charan, exploded at the box office the first weekend itself.

After a series of Tollywood flops, the producers are in deep trouble. During the Covid-19 pandemic, the OTT boom took hold of the world and producers were forced to release their films on the platforms. Although the scenario of the theater is much better today, it still has not reached its past glory.

Over the past few weeks, Telugu producers have attended meetings explaining the issues plaguing the industry. One of the main concerns is rising ticket prices (for big budget movies) in theaters. While this film may benefit producers, it has a negative effect on audience participation. Due to high ticket prices, audiences who cannot afford to watch it prefer to watch it on OTT platforms or through piracy sites.

The Producers Guild has suggested that ticket prices be nominal so that people from all economic backgrounds have access to theatres.

EXTENSION IN THE OTT PREMIERE WINDOW

Chiranjeevi’s Acharya had an abysmal theatrical run. Therefore, manufacturers decided to have an early OTT premiere to make up for the losses. Now it looks like Naga Chaitanya’s thank you will follow.

Many producers make a deal with OTT platforms that movies can be made available for streaming one month after theatrical release. However, the producers feel that this waiting window needs to be extended so that audiences physically visit theaters instead of watching the film on an OTT platform.

Many top heroes and directors in Tollywood have increased their pay. The salary of an actor or a director contributes a significant portion of the budget, which is also one of the reasons for the increase in budgets. This leaves producers with the maximum impact. Therefore, the producers proposed that the salaries of the actors be regulated.

According to AndhraBoxOffice, 70% of an upcoming film’s budget is allocated to cast and crew compensation. The remaining 30% is allocated to the shooting itself. It’s a model that puts maximum pressure on the producer while the director and cast walk away with a huge amount of money, regardless of box office performance.

A Guild Producer’s Biggie who has to go to the floors soon sees 70% of his budget allocated to Remuneration. What’s the point of saving 1-2 Crore here and there if one can’t strike a friendly and convenient deal with top stars and directors whose salaries have skyrocketed?! https://t.co/KoMpbV4pxB

WHAT IS THE WAY FORWARD?

Early streaming deals, high ticket prices, inflation, and sky-high pay directly impact the theatrical performance of movies. To discuss the changing trends, renowned producers who are part of the Producers Guild of Andhra Pradesh and Telangana will come together to come up with workable solutions.

No less than 76 producers have voluntarily agreed to stop filming from August 1 until further notice. In the coming days, they will hold discussions with those affected and restructure the entire industry. Is this a new dawn for Tollywood?