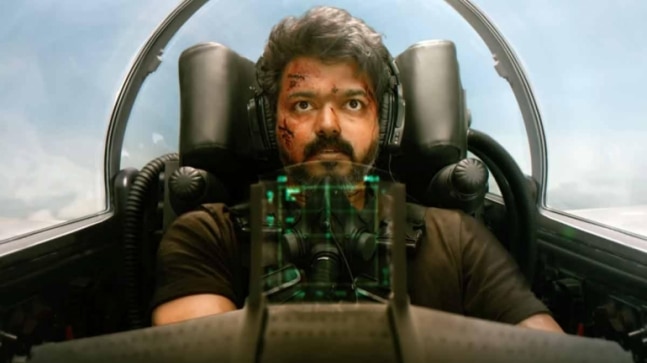 Thalapathy Vijay’s Beast will not be released in Kuwait.

Thalapathy Vijay’s most anticipated film, Beast is over a week away from its release. A few days before the release, the government of Kuwait banned the release of Beast. The film, directed by Nelson Dilipkumar, is a hostage thriller. Since Beast shows visuals of Islamic terrorism, which is against the interests of Kuwait. Therefore, the government decided to ban the film. Previously, Dulquer Salmaan’s Kurup and Vishnu Vishal’s FIR had been banned.

BEAST WILL NOT RELEASE IN KUWAIT. THAT IS WHY

Thalapathy Vijay’s Beast is set to hit theaters worldwide on April 13. However, it looks like fans in Kuwait will have to travel to other countries to watch the movie.

According to the latest reports, the government of Kuwait has banned the release of Beast. The reason for the ban could be the terror angle featured in Beast. The trailer suggested that Beast is a hostage thriller and might have scenes that deal with Islamic terrorism.

Previously, Dulquer Salmaan’s Kurup and Vishnu Vishal’s FIR had been banned in Kuwait. While Kurup showed a criminal taking refuge in their country, FIR talked about terrorism. Usually, films that show Arab countries as a haven for terrorists are not allowed in Kuwait.

#Beast is banned by the Ministry of Information in #Kuwait

The reason could be the depiction of Pak, terrorists or violence

Recent Indian Movies #kurup and #FIR were banned in #Kuwait

For some time, #Kuwait Censorship is getting very strict in the GCC compared to other countries in the region

This could be a blow for Thalapathy Vijay’s Beast team. This could affect overseas collection. Beast has received clearance for release in the United Arab Emirates and other Arab countries.

Here is the trailer:

ALL ABOUT THE BEAST