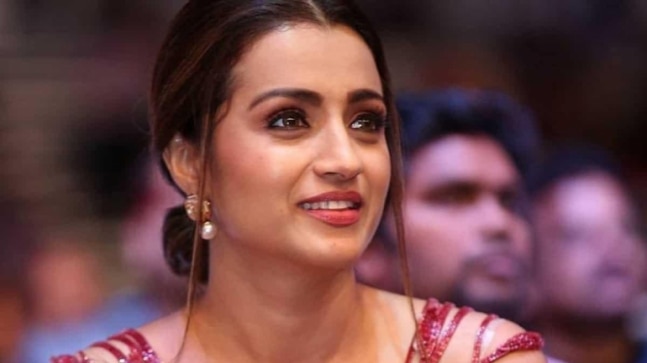 Trisha celebrates her 39th birthday today, May 4, and social media is full of wishes, photos and video tributes from her fans. The actress is currently awaiting the release of her next big budget movie, Ponniyin Selvan, directed by Mani Ratnam. In the epic period drama, Trisha will play the role of Princess Kundavai. Ponniyin Selvan will be released in two parts.

Trisha was last seen in director Thirugnanam’s Paramapadham Vilayattu. The film skipped theatrical release and premiered directly on Disney+ Hotstar. However, the film opened to negative reviews from critics and audiences.

Today Trisha turned 39 and her fans celebrated her birthday in style. On this special occasion, the hashtag #PonniyinSelvan is trending on Twitter. Khushbu, Radikaa Sarathkumar and Dhivyadharshini took to social media to wish Trisha.

Here are some tweets:

Happy birthday to my dearest darling, my sweetest angel, the woman with the heart of gold. @trishtrashers I wish you lots of happiness my love. pic.twitter.com/MkkFcgl02T

Happy birthday to gorgeous gorgeous @trishtrashers maaaaa who is always kind and free spirited no one likes her she is one of a kind have a wonderful birthday my dear #HBDTrisha #HBDSouthQueenTrisha
ps: look at it pic.twitter.com/sFr0WexmBU

Her fans took to Twitter to wish Trisha several photos and videos. Check it out:

Waiting for another film with our Thala #AK61 || #Valimai#HappyBirthdayTrisha pic.twitter.com/WQ3FFO9QoA

Thala and #Trisha by Kireedom

Trisha has a handful of projects in various stages of production. Her next film, Ponniyin Selvan: Part 1, hits theaters on September 303. She also has Ponniyin Selvan: Part 2, Sathuranga Vettai 2 and Ram in the works. Meanwhile, she is busy filming her web series, Brinda, which will air on SonyLIV.