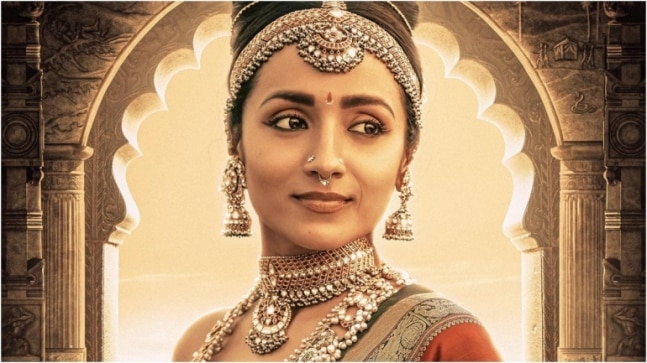 Trisha wore real jewelry in Ponniyin Selvan. She is happy to be part of a Mani Ratnam film.

Trisha is gearing up for the release of Ponniyin Selvan, one of the biggest films of her career. The actress will be seen in a royal avatar in the biggie, which has piqued fans’ curiosity. On Monday, September 26, the actress revealed she was sporting real jewelry to do her role justice. Ponniyin Selvan is a period drama that revolves around the Chola dynasty. It is produced by Mani Ratnam and Allirajah Subaskaran under the Madras Talkies and Lyca Productions banners, respectively.

Trisha will be seen as Princess Chola Kundavai in Mani Ratnam’s magnum opus, Ponniyin Selvan. The actress attended her press conference in Delhi on Monday, September 26. Speaking at the event, the star said she wore real jewelry to ensure her performance was as authentic as possible. She added that she was happy to be in a Mani Ratnam film.

“Of course the jewelry was real, and thank you for coming to support us. I have been to Delhi many times, I love being in this movie and being part of a Mani Ratnam movie. Hope I did justice” , added Trisha. .

Ponniyin Selvan is touted as a potential game changer for the Tamil film industry. The two-part franchise was reportedly shot on a budget of Rs 500 crore, making it one of Lyca’s most ambitious projects. The cast is headlined by Chiyaan Vikram, Aishwarya Rai Bachchan, Karthi, Jayam Ravi, Trisha, Aishwarya Lekshmi, Sobhita Dhulipala, Jayaram and Kishore among others. The film is set to hit screens on September 30, a day after Dhanush’s Naane Varuven. Ponniyin Selvan will premiere on Amazon Prime Video after its theatrical release