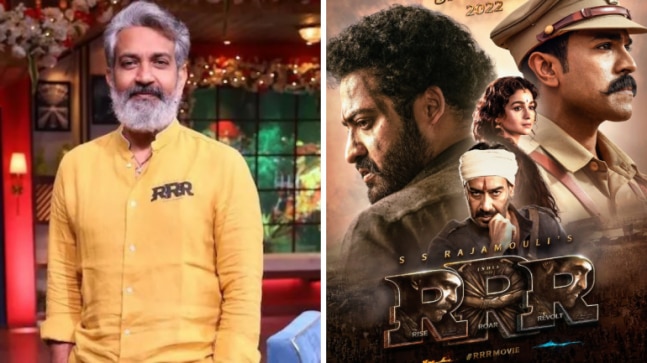 Just one more day and RRR is ready to hit theaters! Released on March 25, RRR stars Ram Charan, Jr NTR in the lead and Alia Bhatt, Ajay Devgn in key roles. The initial release of the film’s title caused quite a stir. In 2021, Baahubali director SS Rajamouli revealed why he named the film RRR. Also, do you know that RRR has two different full forms since its release in Telugu and Hindi?

WHY DID SS RAJAMOULI NAME HIS FILM RRR?

Not even one more day and RRR is ready to hit theaters. Starring Ram Charan, Jr NTR, Alia Bhatt, Ajay Devgn, the movie is set to become one of the biggest hits of 2022. When RRR’s title release was in 2020, the movie’s unique name created quite a few noise. then. For those who don’t know, RRR has two full forms – Roudram Ranam Rudhiram in Telugu and Rise Roar Revolt in Hindi and English. Director SS Rajamouli, along with Ram Charan, Jr NTR and Alia Bhatt made an appearance on The Kapil Sharma Show in December 2021. It was there that Kapil asked Rajamouli why he named his film RRR. And the ace director had a great explanation for that.

He shared, “At first we didn’t know how to put the title, so we thought we should call the project RRR because of – Ram Charan, Rama Rao (Jr NTR) and Rajamouli. We started putting hashtags as RRR and the audience response was overwhelming, so we kept RRR as the title.