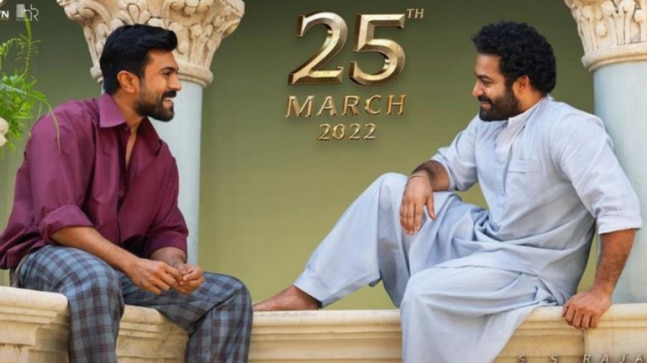 RRR by Ram Charan and Jr NTR is making all the noise at the box office. The film breaks all box office records and managed to bring large numbers of audiences back to theaters. Everyone who has watched RRR has a question in mind. Will there be a sequel to the beloved film?

RRR star Jr NTR spilled the wick and said there’s not only the possibility of a sequel, but also revealed that RRR is a franchise. Exciting, right?

IS RRR A FRANCHISE? JR NTR REVEALS ALL

RRR, released on March 25, collected a whopping Rs 250 crore on its opening day. Jr NTR, in an interview with Variety, said he was thrilled to be part of the “RRR franchise”.

Responding to the question about a sequel to RRR, he said, “I used the word franchise thought, hoping there would be another world of ‘RRR’ again. Sometimes you just hope and say a few words hoping it will happen, it will happen. It’s just a way of thinking positively, of wanting more.”

As part of preparing for his role, Jr NTR was expected to consume 3,000 calories a day and work out with trainer Lloyd Stephens. Speaking about preparing for the role, he said, “To maintain that muscle mass and not put on a lot of fat, it was really tough, and it really cost me as a person.”

Jr NTR and Ram Charan-starring RRR hit screens around the world on March 25. The movie took a monstrous opening worldwide and is now wreaking havoc. The film is doing exceptionally well in the second week as well.

According to trade analyst Manobala Vijayabalan, RRR earned Rs 901.46 crore in just 10 days. On Sunday (April 3), the film’s collection increased and reached Rs 82.40 in its second weekend. The RRR craze hasn’t died down yet, and it’s now translating into the film’s box office success.

RRR is a fictional story based on the life of Telugu freedom fighters, Alluri Seetharama Raju and Komaram Bheem, played by Ram Charan and Jr NTR respectively.